R.S. an 11-years old boy, was brought to Johns Hopkins Hospital  in 1915. With his parents’ consent, exploratory surgery found that he had a uterus and ovaries. The parents insisted that he not be told that he was female. Twenty years later he returned. He was now a business man with an active sex life, and intending to marry, except that his local priest refused to marry him as he was female. The doctors examined him again, and again found female internal organs. They confirmed that he was female. Three days later he was dead by suicide.

++ In 1925 an orphan Frank was examined and  a vagina, uterus, left ovary and Fallopian tubes were found.  Two years later, Frances had her clitoris removed.  At age 18 Frances became John and became a truck driver.

Genital reconstructive surgery was pioneered by urologist Hugh Hampton Young at Johns Hopkins Hospital in Baltimore between 1930 and his death in 1945.

Gynecologist Howard Jones had done his M.D. at Johns Hopkins University School of Medicine in 1935. In 1948 he and his wife Georgeanna became part-time faculty in the department of gynecology and obstetrics in the school of medicine.

Around 1950 there was a better understanding of congenital adrenal hyperplasia (CAH) and doctors were able to treat it with cortisone. Lawson Wilkins set up a new pediatric endocrinology clinic where it was recognized that doctors could not tell a person’s sex just by looking at external genitalia, and in some cases recommended to the child and parents that the child’s sex be reversed.

Milton Edgerton became Chief of Johns Hopkins first division of plastic surgery in 1951. Shortly afterwards he met his first transsexual: “When I went in to see the patient, who was in every outward appearance female, I began to get the request for the removal of male genitalia, and if possible, the construction of a vagina”. Patients began to arrive in his office asking for corrections to botched gender surgery that had been performed elsewhere, usually out-of-country. “Not a single patient, no matter how bad the surgery that had been performed, regretted his or her trip to have the operation. And that was pretty impressive”.

John Money, who wrote his PhD thesis on hermaphrodites (the term then in use), was recruited in 1951 also by Lawson Wilkins to be professor of pediatrics and medical psychology at the newly formed Psychohormonal Research Unit (PRU) in the Pediatric Endocrinology Clinic at Johns Hopkins University. Teamed with Drs Joan and John Hampson he spent six years studying 131 intersex persons, children and adults, who had been treated at Johns Hopkins. They found persons with identical genitals and chromosomes but raised as the other gender fared equally well psychologically. On this basis Money recommended that an intersex child be steered to a chosen gender, which was usually female as the surgery was easier, but it must be done within the first two and a half years, and that the child must not be confused by being told. Their paper won a prize from the American Psychiatric Association in 1955. Soon afterwards, the Hampsons left to take up positions at Washington State University.

In 1956, performer Ray Bourbon approached the hospital to see about a sex change, but was told that it was impossible.

From 1957 to 1961, Richard Green, the future head of Charing Cross Hospital Gender Identity Clinic, was a student at the Johns Hopkins medical school, and worked with John Money.

In 1958, circus performer Hedy Jo Star, after a couple of years on female hormones, presented at Johns Hopkins Hospital. The doctors in the PRU examined her for five days and then sent her home to await a letter. Three months later the letter advised her not to go ahead with surgery as she had no internal female structures.

At about the same time however, the doctors evaluated a female-to-male patient, and in 1960 did a bilateral mastectomy on him. 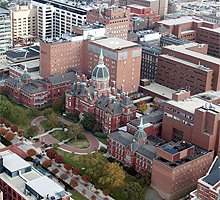 In 1960 The Joneses left their private practice to become full-time faculty. Howard started doing ‘corrective’ surgery on intersex infants. Money became the director of the PRU in 1962 when Lawson Wilkins retired and died shortly afterwards. Money was awarded considerable grants by the National Institutes of Health, and was also subsidized by wealthy trans man Reed Erickson (who also subsidized Harry Benjamin and Vern Bullough). John Money attended monthly meetings in New York with Harry Benjamin and Richard Green under the auspices of Reed Erickson’s EEF, where the idea was raised of applying the kind of surgery being done on intersex patients to transsexuals as well.


++In 1961 Roberta White arrived without an appointment and managed to obtain an interview with John Money who admitted her for three weeks for detailed evaluation.

In 1964, a 17-year-old transsexual referred to as G.L. who had been convicted of stealing women’s clothing and $800 worth of wigs was ordered by the Supreme Bench of Baltimore City to have sex reassignment surgery at Johns Hopkins. Her probation officer delivered her to the Johns Hopkins Women’s Clinic where Howard Jones was to do the surgery. However the psychiatry department intervened at the last moment, and had G.L. referred to them for therapy instead.

The next year John Money pioneered and cajoled the first Gender Identity Clinic in the US. He brought three postoperative patients of Harry Benjamin to meet with Howard Jones and Milton Edgerton. This was the same year that the Joneses with Edmund Novak published their gynecology textbook. That would go through several editions and in its time outsell all other such textbooks combined. Reed Erickson donated $85,000 to the Gender Identity Clinic over years, and became quite friendly with John Money. In addition he went to Johns Hopkins for a double mastectomy repair in 1965 after having had a mastectomy in Mexico and a hysterectomy in New York, and is arguably the first transsexual patient at the Johns Hopkins Gender Identity Clinic.

However the first patient is usually taken to be an African-American referred by Harry Benjamin, Phyllis Avon Wilson (more) who was operated on by Howard Jones at around the same time. Phyllis became a dancer in New York, and on Oct 4, 1966 a gossip column in the New York Daily News carried the item: “Making the rounds of the Manhattan clubs these nights is a stunning girl who admits she was male less than a year ago and that she underwent a sex change operation at, of all places, Johns Hopkins Hospital in Baltimore”.

This caused Dr Edgerton to get a phone call from Dr Russell Nelson, president of Johns Hopkins Hospital, to find out if the story were true. Edgerton made a tactical decision and gave an exclusive to Tom Buckley of The New York Times, which ran the story on the front page on Nov 21, 1966. A press conference was called on the same day, where Edgerton and several colleagues announced at a press conference the establishment of the Johns Hopkins Gender Identity Clinic under the chairmanship of plastic surgeon John Hoopes. To an audience of 100 reporters, the doctors defined transsexuals, “physically normal people who are psychologically the opposite sex”, explained that “psychotherapy has not so far solved the problem”, and that they had already operated on 10 patients, all of whom were happy with the outcome. Three were already married, and three more were engaged.

This was the same year that Harry Benjamin’s The Transsexual Phenomenon had been published. Shortly afterwards, the Universities of Minnesota, Stanford, Northwestern and Washington at Seattle (headed by John Hampson) also opened Gender Identity Clinics.

Within a year, over 700 desperate transsexuals wrote and implored the doctors at the Johns Hopkins Clinic to help them. However the Clinic would approve for surgery only those whom they unanimously deemed to be ‘good candidates’. They devised four criteria: Is the patient a candidate for psychotherapy? Is the patient authentically motivated? Is the patient psychotic? Will the patient undergo a sociocultural crisis after receiving the operation? This left much room for the doctors’ opinions, and they often chose to err on the side of wait-and-see, recommending therapy rather than progressing a patient on to surgery.

++Previously, vaginoplasty, where it was done in the US had taken skin from the patient's thigh to construct the vagina.   However patients who had had surgery in Casablanca from Dr Burou were able to demonstrate the advantages of Burou's penile inversion method.   Dr Edgerton adopted and adapted this method.  When he was contacted by Dr Stanley Biber in 1968, this was the method that was recommended.

Dr Hoopes, the chairman, recalled that Money was often the advocate for progression: “John Money would argue very forcefully that someone was a candidate ... that he knew the patient very well and if this program was going to make any headway this patient should be accepted”. Not surprisingly, many of the patients did not want to see a psychiatrist. This was based on previous experience with psychiatrists, in that it implied that they had a mental problem, and that they knew within themselves that what they needed was surgery. Most patients soon realized that they should read the medical literature about transsexualism and impersonate ‘textbook transsexuals’ if they wished to be progressed to the next stage.

However the doctors were willing to consider patients with what was described in 1968 as “inadequate social and moral judgment and a long history of petty and sometimes major criminal offenses”. This included transvestites, gay men and strippers, many associated with The Block, a part of downtown Baltimore with many nightclubs, bars and sex workers. The doctors realized that their patients were at risk of arrest for cross-dressing and so issued identity cards with a Johns Hopkins phone number provided by The Erickson Foundation. Dr Edgerton had several calls from police officers, and after an arrest in 1971 helped to get a female transsexual transferred to the women’s facility. Some patients dropped out during the stage where they were taking hormones. In some cases this was because they could not afford the $2,000 to $10,000 for the surgery.