The geography of Charlotte McLeod in New York, 1957 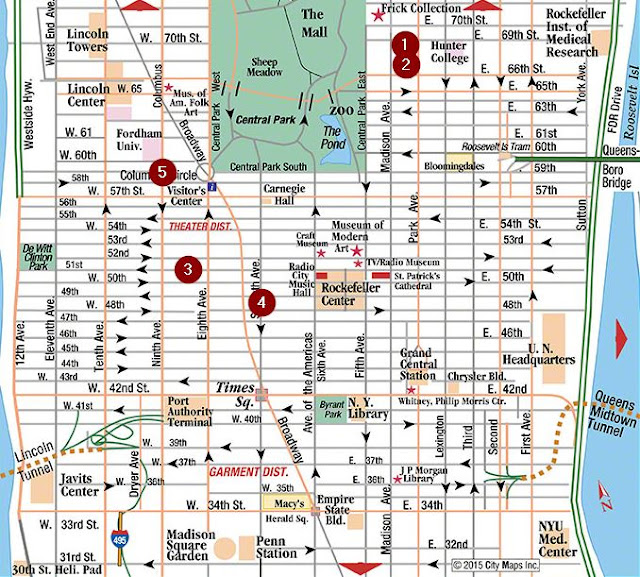 1.   45 East 68th Street.  The home of Dorothy Kilgallen and Richard Kollmar.  “I got tired of Dorothy Kilgallen chasing me around and writing things about me that I have never thought of doing. And I went to her house one day and knocked on her door and the butler recognized me, it was strange, he said, ‘aren’t you Miss Charlotte?’ And I said, yes. And he said, don’t go away. I said, well I have no intention, that’s why I’m here. So I met Dorothy. And I said, well Dorothy, I’m tired of this, this business and I need a job. If you’ll help me get a job, I’ll tell you anything you want to know."

3.  318 51st Street.   The Washington-Jefferson Hotel where Charlotte lived.   This is still in business. Its rooms are now $126 a night and up. Charlotte says: it “was a place for retired show people who lived there” which probably means that even after adjusting for inflation it was cheaper in 1957, particularly if you paid by the month.

4.  723 7th Ave.   Maxie's.  A restaurant close-by that Charlotte sometimes visited.   There she ran into Ralph Heidal, whom she had met in Bergen, Norway, and had stayed in touch with by mail. They married in 1959.

5.  309 West 50th Street.  The West Bank Club, owned by Richard Kollmar, where Charlotte worked as a hostess and hat-check girl.   It was there that she met Harry Benjamin, who came in as a customer.

Willi Pape was raised in the Berlin suburb of Spandau.  His father owned a wooden-shoe factory and his mother was a dressmaker. He had said from an early age that he did not want to be a boy, and took pleasure in female clothing, and in working with his mother as she made dresses.

In teenage he had seen a female impersonation on the stage of a Berlin variety theatre, and very much wished to do the same. His parents had arranged for Willy to study to become an artist, and he was engaged to a young woman, Emma, whom he loved and with whom he had been intimate.

Reading in the newspaper that a male-impersonator in Hamburg was looking for an opposite-sex partner, Willi, who was then 17, stole 300 marks from his parents and travelled to Hamburg, where firstly he purchased female clothing.  The project did not realize, and Willi further travelled to Stettin and then back to Berlin.  This was done while presenting as female, travelling in the women’s section on trains, and registering in hotels as Selma Bruegge.   Not knowing how to continue, Selma took a hotel room in Friedrichstadt and cut the arteries of her left hand.

Pape was rescued by the hotel staff and taken to the Urban hospital.  Given the circumstances of her dress, the head physician contacted Magnus Hirschfeld, who visited on the third day after admission.  Willi confided in Hirschfeld, and also mentioned that he did not find men attractive, and could not understand that such was possible.  Hirschfeld contacted the parents, explained the situation and led them to understand that the best solution was to allow Willi to become a performer.

Using the stage name of Voo-Doo, Pape became a Travestiekűnstler,  Pape is discussed in the Suicide chapter of Hirscheld’s Die Transvestiten as P. from Standau, and is pictured under the name of Willy Pape in Hirschfeld’s Der erotische Verkleidungstrieb (Tafel XVI), where he is described as a “highly successful Variété artist who performs as a Snake Dancer”.

Pape actually presented himself in female clothing when summoned for military service in 1914.
By 1918 Willi had a male lover, Emile Schmidt, but never set foot in a gay establishment until ten years after that.

Willi became a prominent figure in Berlin’s sexual subculture.  In 1927, by which time Voo-Doo was celebrated across Europe, the lesbian magazine Die Freundin featured a photograph of Voo-Doo alongside an article about women’s fashion (fig. 5.16). The article, introduced by the magazine’s editor as an “Open Forum regarding Questions of Fashion,” launched what she hoped would be a “lively discussion regarding this timely issue.” 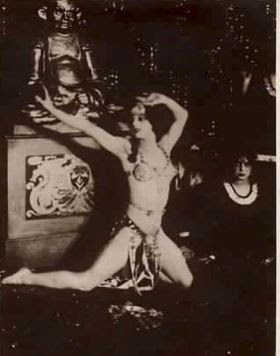 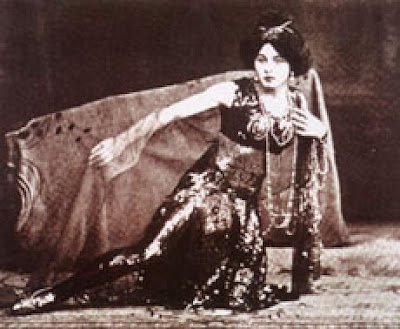 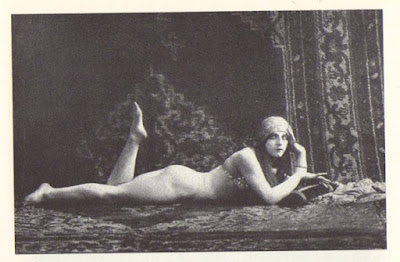 RT (Russia Today) sometimes produces intriguing documentaries well worth thinking about.   This is not one of their best.  They interview three persons, raised as boys, who transitioned to female, and live in Arizona.  Two, Billy Burleigh and the perennial Walt Heyer, have reverted, and the third, Rene Jaz (who continues to present as female) has written a book Don't get on the plane: Why a sex change will ruin your life.  Jaz and Heyer were patients of Dr Biber.

The documentary also includes a brief interview with a sex-change surgeon.   As they actually went to Arizona, the expectation would be that they would interview Drs Toby Meltzer and Ellie Zara Lay, both well regarded surgeons in Scottsdale, Arizona.   However the documentary goes to Belgrade instead to interview Dr Miroslav Djordjevic (or is it recycled footage from another program?).   Again a well-regarded surgeon, but why go to Serbia when making a film about Arizona?

There are several points that can be made.   Nowhere is it stated that the vast majority of trans (97% or so) persons who have surgery are pleased and remain pleased with what they have achieved.  On the other hand Heyer is allowed to spout his dubious statistics claiming that 40% of trans suicides are post-transition.

The infrequency of reversion is demonstrated by the repeated use of the same few persons, in this case Walt Heyer.  Neither the narration nor the final credits say so, but I suspect that the RT film-crew went to Heyer who introduced them to the other two.   Heyer actually says that he was in contact with Billy previously, and in this article  by Heyer discusses Jaz and her book.   Heyer has been in so many programs of this type.


Let us return to Jaz's book,  Don't get on the plane: Why a sex change will ruin your life.   The summary on Amazon contains an enormous clunker:  "medicine is operating in the same ignorance and arrogance as it did when Magnus Hirschfeld killed Einer Wegener (The Danish Girl) with his experimental surgery in 1930".    As we know, but apparently Jaz does not, Lili Elevenes (whose pen name was Lili Elbe) was a patient of the Dresden Doctor Kurt Warnekros, not of the Berlin Doctor Magnus Hirschfeld.   Also Hirschfeld was not a surgeon.  The three trans women who were patients of Hirschfeld, Carla van Crist, Toni Ebel and Dörchen Richter, all survived their operations and two of them lived into the 1960s.  Bad fact checking like this makes one think that the book is not worth reading.

It is important to read one's enemies.   If you are building up to gender surgery, it may be useful to watch this documentary to know what one is not.   There is much diversity among trans women, and you will probably be aware of how different you are from these three.

Skippy LaRue was born in Port Arthur, Texas. His father was a boilermaker and bootlegger; his mother ran a house of prostitution where they all lived. His mother beat him frequently.

He was drinking whiskey from age 5; having sex with boys from age 9. He was expelled from school at age 11 for hustling merchant seamen.

He was 18 before he was introduced to the gay scene.

As he grew older Skippy tried straight jobs: retail and delivery. However he kept drifting back into working as female. Skippy (as such) worked a roadhouse serving customers in their cars, and then as a carhop. She went with men but French (oral) only unless they were in the know.

During WWII, LaRue was excused military service because of an ear injury from his mother’s beatings. He moved to Seattle and worked at Boeing for 72¢ a hour, and then on a ferry lunch counter. He met Jackie Starr, first at a party, and then because they lived in the same building.

When Skippy started going to the Garden of Allah, Jackie and others encouraged her to perform, and helped with costumes, makeup and how to a do a gaff.  She sometimes performed as Madame Fifi.

Skippy supplemented the income from performing with running an after-hours bottle club where
customers pretended that they had brought their own drinks to get around the licensing laws.

Later Skippy went on the road with Hotcha Hinton and Jackie Starr working carnivals, performing in girlie shows. The other carnies knew what they were, but not the customers. In addition to the show they had a blowoff (sideshow) act where they did a striptease and even, being very confident of their gaffing, they had men pay to touch their genital area.

They were busted in Oxnard, California and had to prove their male sex to the police chief. However word got out, and the chief simply told them to get out of town.

In later years, Skippy lived in a mobile home in south Everett, north of Seattle, and worked at a gay bathhouse in Seattle, where he was known as Seattle’s oldest female impersonator. He kept in touch with others, and when Don Paulson was researching his book on the Garden of Allah, Skippy acted as a major resource.

He died at age 82.
Obituary

The 1930s were rather different.  On p126 of Paulson & Simpson, Skippy says "a twelve-year-old boy was no different than a a twelve-year-old girl.  At that time, many girls became prostitutes at twelve or thirteen,"

72¢ a hour does not sound much, but at that time one could rent an apartment for $10 a week.

Email ThisBlogThis!Share to TwitterShare to FacebookShare to Pinterest
Labels: Garden of Allah, performer, sex-worker
Newer Posts Older Posts Home
Subscribe to: Posts (Atom)
The following sites copy this blog. Neither of them has permission to do so, and they do it in a fashion that violates my Permissions for Copying.