What is Gender Dysphoria?

'Dysphoria' is Greek for discomfort. Some dictionaries list 'fidget' as among its meanings. I quite like the idea of being a gender fidget - it has a nice implication of every-day subversion of imposed gender. I am certainly uncomfortable with gender as it is constructed in post-industrial societies, and probably with most pre-industrial societies. However 'gender dysphoria' as used is not this innocent. 'Transvestism' and 'transsexualism' (note the *ism*) were used by medical men to describe a pathology, the former by Hirschfeld and the latter by Cauldwell and Benjamin independently. The two terms were taken on by society at large and applied to any form of cross-dressing or sex-change respectively whether pathological or not. By the early 1970s doctors were terminologically dysphoric particularly about the word 'transsexualism' because it had lost its medical connotations, and so Norman Fisk (1973) proposed 'gender dysphoria syndrome' to remedicalize the concept. It was then intended to be an umbrella phrase for all the gender disorders, but with time has become particularly associated with the desire for a sex-change.

Email ThisBlogThis!Share to TwitterShare to FacebookShare to Pinterest
Labels: jargon

The Goon Show, first on radio in the 1950s and then on television in the 1960s was very influential on young persons then growing up, and also on the later British comedy shows such as Monty Python.


It was also of interest in having two transsexual persons in the crew. 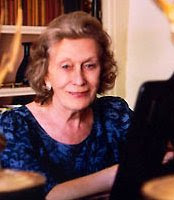 The musical director was Wally Stott, who in the mid 1970s would become Angela Morley. 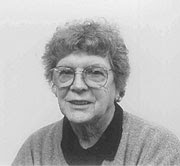 The puppets for the Telegoons were designed by Eric Rutherford who became Erica about the same time.
Time: 20:13 No comments:

Email ThisBlogThis!Share to TwitterShare to FacebookShare to Pinterest
Labels: artist, musician, television
Newer Posts Older Posts Home
Subscribe to: Posts (Atom)
The following sites copy this blog. Neither of them has permission to do so, and they do it in a fashion that violates my Permissions for Copying.