Jacob began her working life as a teacher, but left after six years when the school bo

ard objected to her wearing trousers, and she found them to be authoritarian. Then for seven years she was secretary/companion to her lover Marguerite Broadfoote.

She went on the stage as a comic actress. Later, in her 40s when tuberculosis prevented continuation of her career as an actress, she became a prolific author, writing 75 novels. She also wrote advice books, women’s magazine serials and a biography of Marie Lloyd, the Music Hall singer.

Jacob claimed that she served as a seaman--successfully passing as a male in WWI. She also served in the Women's Legion in WWI.

She was a suffragette, and converted from Judaism to Roman Catholicism.

Upon two occasions her domestic arrangements involved a menage a trois with two other women. 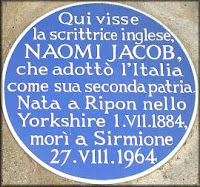 She won the Eichelberger Prize (1935) for "services to humanity", but when Jacob learned she shared the prize with Adolf Hitler for "Mein Kampf", she refused it. Many of her novels were best-sellers in the 1930, and she wrote many volumes of autobiography.

She survived 2 bouts of tuberculosis and a struggle with malaria. In 1929 she moved to Italy for her health.

During WWII she worked for the Ministry of Information, and then served with ENSA in North Africa where she caught malaria.

Today her books are out-of-print and she is largely forgotten.

Douglas Byng was born in Nottingham. His father was managing director of the Midland Counties Bank. He started in show-biz as a theatrical costumier in London. His first professional engagement was in Hastings in 1914 as part of the Periodicals Concert Party

In 1921 he did his first dame role in Aladdin. He was well known in the 1920s for his female impersonations in cabaret and pantomime. He was regarded as more sophisticated than other impersonators of the time. His big breakthrough came with Noel Coward's 1925 review On With the Dance where he played a drag double act with Ernest Thesiger. He was a top-ranking star of London cabaret in the 1930s, and played in 26 Christmas pantomimes, usually in a dame part, before retiring.

He was the first drag act to have a starring show on BBC television -- in March and April 1938. His act was distinctive in that he played several different personalities including Minnie the messy old mermaid and Boadicea.

During the Second World War he was billed as 'Bawdy but British', the bawdiness being double-entrendres in the lyrics of his songs. 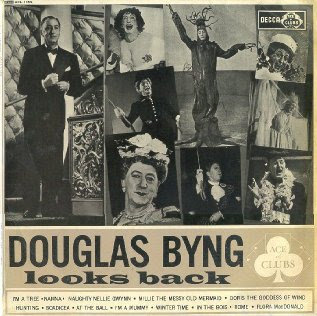 However he achieved his greatest fame in the mufti role of Martin in the stage play and later film of Hotel Paradiso, 1966. Many of his songs were originally banned on BBC radio.

His stage career lasted 72 years. He retired to Brighton where he died at the age of 94.

Email ThisBlogThis!Share to TwitterShare to FacebookShare to Pinterest
Labels: Gender impersonator, performer, television
Newer Posts Older Posts Home
Subscribe to: Posts (Atom)
The following sites copy this blog. Neither of them has permission to do so, and they do it in a fashion that violates my Permissions for Copying.