Lawrence James Braithwaite was born in one of the Beatrix Potter Houses, and raised on the shore of Lake Windermere in the Lake District. 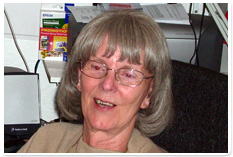 At age 15 he joined the Royal Air Force as a ‘Boy Entrant”. He was trained as an airframe mechanic. He married and he and his wife had two daughters and a son. He served 40 years in the RAF rising to Flight Sergeant. He served a year at RCAF Goose Bay in Labrador and three years with the USAF near Omaha, Nebraska.

His speciality was the maintenance of Vulcan bombers. In 1976 he was awarded the British Empire Medal. He left the Air Force in 1989, and was divorced three days later. 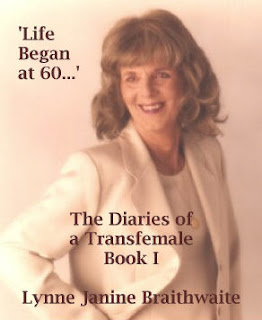 He remarried the same year and started a business making silver model aircraft which survived until the recession of 1992.

His second marriage ended in 1993, and in 1994, after consultaion with Russell Reid, Lawrence Became Lynne. She worked with Press for Change, and became the lay advisor on transgender issues to the Lancashire Constabulary. She was a consultant on rebuilding a Vulcan XH558 aircraft.

She died peacefully at age 74 at her home in Morecambe.