Carl Rollins Hammonds was born in Prague, Oklahoma, the eldest of seven children. He grew small breasts as a teenager, and his mother took him to several doctors including a ‘brain specialist’, but would not consent to exploratory surgery. She was told that Carl would not live past 35, or that he would go insane.

From age 17 Hammonds worked as a half-man-half-woman in carnival, and then as an ‘exotic dancer’, and took the name Hedy Jo Star.

Hedy was drafted in 1942, and was in the press after making a fuss about not cutting her long hair. She served as a female impersonator in the US Army shows.

After the war, she returned to carnival life. She was a friend and colleague with Tony Midnite, and both of them made costumes for other people. Hedy was the owner-manager of the Hollywood State Revue, a troupe of female dancers, one of whom was Vicki Marlane. They played state fairs in summer, and in winter Hedy worked as a hypnotist in nightclubs.

Just after Christine Jorgensen was in the news in 1954 Hedi wrote her autobiography, I Changed My Sex!, which was only a slight exaggeration.

In 1956 she saw a female endocrinologist in New York.


“My face was covered during the examination with a sheet. Then my doctor and her colleagues examined me. Later my doctor explained to me that what she was planning to do was illegal under New York law, which is the reason the other specialists she consulted wished to remain anonymous.”

The doctor put Hedy on estrogen and arranged breast-enhancement. Despite testimony from twelve physicians that Hedy should have gender surgery, the New York State Medical Society refused permission because of the mayhem laws.

In 1958 Hedy, by then two years on estrogen, applied to the Johns Hopkins Hospital. She received an answer by letter three months later:

but her request was refused on the grounds of her not being intersex, and that the surgery “might in actuality constitute mayhem”.

A few years later she saw Dr Harry Benjamin who referred her to Elmer Belt in Los Angeles. She was saving up for this when, early in 1962 and just before Belt discontinued doing genital surgery, a friend referred her to a doctor in Chicago who, after an examination, phoned the Methodist Hospital in Memphis, Tennessee, and she had an appointment. The Memphis doctor and four colleagues examined her and then warned her that the operation was extremely dangerous, that she might not survive, and if so may not be able to walk. However the operation was done the next day. Hedy prayed to God “not to let her live to leave the operating table if she was doing wrong and going against His will”. One of the doctors punctured her urinary track and corrective surgery was needed. She was in hospital for 45 days. 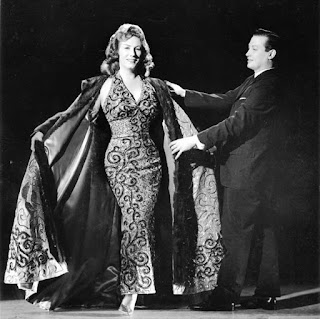 Hedy married a doctor from Boston, Dr Ralph Bucinskas (1943 - 2003). They moved to Las Vegas where she developed her career as a costumier. One of her first clients was the impersonator, Kenny Kerr, then just starting his career. She was known for her expensive costumes for dancers, strippers, female impersonators, clowns, burlesque and circus performers, and for Elvis Presley and Anne Margaret.

Some say that her birth name was Joseph Starke.  This is repeated by Ward Hall in his comment on the article in Tribe.   When his comment was reprinted in Side Show World, this datum was removed.   Roy Richmond is Hedy’s nephew and he is able to assure us that this rumor is untrue.

Does anybody have any idea who the female endocrinologist in New York in 1956 was?

Likewise who was the surgeon in Memphis in 1962?  Did he ever do another sex change operation?

Why does nobody mention that I Changed My Sex! precedes Hedy’s operation by 7 years?

Notes towards the social construction of intersex:  Teenage Carl grew small breasts and his mother, being freaked out by that took him to a series of doctors.   However in 1958 the doctors at Johns Hopkins found that Hedy did not meet their definition of intersex.

Roy Richmond has been writing a book about his aunt.  I look forward to reading it.

There are comments in some sources about Hedy having America's first complete sex change even though she did not have genital surgery until 1962.  The implication here is that Christine Jorgensen did not have vaginoplasty in Denmark, and not until a date in the 1960s that is not specified in most sources.  However to even bring up this claim is to totally ignore a) all the persons who had surgery with Elmer Belt b) those who had already gone to Dr Burou in Casablanca c) those who had had surgery in Europe e.g Tamara Rees in the Netherlands in 1954 and Sally Berry in Sweden in 1953-8.

Sandy Stone mentions Hedy Jo Star in her "The Empire Strikes Back", with the quote: "I wanted the sensual feel of lingerie against my skin, I wanted to brighten my face with cosmetics. I wanted a strong man to protect me."   This kind of stereotyped femininity  was expected of 1950s women, cis and trans alike, but nowadays is rather suspect and is even liable to be labeled 'autogynephilic', even in androphilic early transitioners as Hedy definitely was.
Time: 04:50