Rita Alma Erickson was born in El Paso, Texas, of German descent, and raised in Philadelphia. In 1946 she was the first woman to graduate from Louisiana State University in mechanical engineering.

She was already involved with a New York woman who was a left wing activist. Rita worked as an engineer, until she was fired for refusing to fire a woman suspected of being a communist. The FBI kept her under surveillance, and recorded in 1954, that she refused to become an informant.

She started her own company making stadium bleachers. In 1962, when her father died Erickson inherited the majority of the family businesses, Schuylkill Products Co., Inc. and Schuylkill Lead Corp.

In 1963, at the age of 46, she became a patient of Harry Benjamin, and started living as a man. Reed legally transitioned the same year, and had an hysterectomy in New York, and double mastectomy at Johns Hopkins University Hospital, both in 1965 – which was a legal precedent in Louisiana. Also in 1963 he married his first legal wife, who was in the entertainment industry, but they divorced in 1965.

In 1964 he founded the Erickson Educational Foundation (EEF), financed entirely by himself. That year he also met Aileen Ashton, a New Zealander who was working as a dancer in New York City. He proposed on their second date, and they had a lavish wedding in Christchurch, New Zealand. They lived in Baton Rouge, and within a few years they had a son and a daughter, and Reed had started doing recreational drugs.

++Reed employed Zelda Suplee to run the Erickson Educational Foundation.  She had managed nudist camps, and was the first full-frontal nude in Playboy magazine (in black-and-white).  From her office in New York she and lesbian feminist activist Phyllis Saperstein (they had met in a nudist camp) managed the daily operations, and the contacts with transsexuals who asked for help. Erickson made the final decisions about who and what he funded, but spent much of his time in Baton Rouge and then Mexico with his family.

In 1969 he sold the Schuylkill business for $5million and went on to amass over $40 million, mainly from investments in oil-rich real estate. In 1973 the family, including his pet panther, moved to Mazatlan, Sinola, Mexico. By the end of 1974, Reed and Aileen were divorced. She took the children to Ojai, California, and he followed to be near the children. He married his third wife, a Mexican, Evangelina Trujillo Armendariz, in 1977, but she also left him, in 1983, because of his drug usage.

Though the EEF he financed gay and trans organizations, and research into New Age activities such as acupuncture, homeopathy, dolphin communication and altered states of consciousness. The EEF published booklets on various aspects of transsexuality, sponsored addresses to various professionals, and sponsored two of John Money’s books, and three of Vern Bullough’s. It donated money to the Harry Benjamin Foundation, but fell out with Benjamin in 1968. It subsidized the transsexuality program at the Johns Hopkins Gender Identity Clinic. It sponsored three symposia that grew into the Harry Benjamin International Gender Dysphoria Association (HBIGDA). 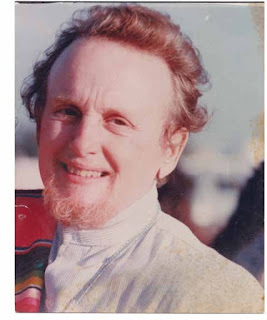 The longest-running recipient of financial support was ONE Inc of Los Angeles, founded in 1952 and still running, the pioneer homophile organization. Erickson had advised them to create a non-profit tax-exempt charitable arm, the Institute for the Study of Human Resources (ISHR). Erickson was president of ISHR from 1964 till 1977. He donated 70-80% of the budget, some $200,000. In 1981 ONE was accredited as a graduate degree-granting institution. Erickson suggested that the college needed a proper campus, and for $1.9 million purchased a 3.5 acre property from the religious leader, Elizabeth Clare Prophet. ONE moved its large library and archives into the campus. However by this time Erickson had apparently soured on the organization. He failed to turn over the property deed as previously agreed, and began filing legal suits against ONE to remove them from the campus. The expense of the move and the cut of funding from EEF almost bankrupted ONE, and the defensive efforts paralyzed its operations. The battle continued for over 10 years, with Erickson’s daughter continuing his fight. In 1992 a settlement was reached whereby ONE received $1 million, the property was sold and ONE came under the auspices of the University of Southern California.

By the end of his life Erickson was addicted to drugs, and a fugitive from US drug agents.He was
arrested for cocaine possession in Ojai, in 1983. After two more arrests he retreated to Mexico.

Vern Bullough's stipend from Reed Erickson was $70,000 (almost $1 million in today's money), and the ingrate completely leaves Erickson out of his Cross Dressing, Sex, and Gender.
Time: 17:03