22 trans Americans who found their destiny in Europe

Williams read and was impressed by Jonathan Katz' 1976 Gay American History which contains a section on 'berdaches'. He began research on the subject at the UCLA American Indian Studies Center, but quickly found better resources at the the Gay and Lesbian archives at ONE, Inc. He gave his first paper on the subject at a history conference and was scolded for even discussing it by a leading historian who had previously written letters of recommendation for him.

One, Inc put Williams in touch with gay pioneer Harry Hay who had lived for years on native reservations. In 1982 Williams set out to find a living 'berdache', and did so among the Omaha, and then another among the Lakota. He followed this with a field trip to the Yucatán where he met Mayan 'berdaches'. He also did ethnographic fieldwork living on Eastern Cherokee, Seminole, Pine Ridge Sioux, Aleut and Navajo Nation reservations.

In 1986 Williams published The Spirit and the Flesh: Sexual Diversity in American Indian Culture. 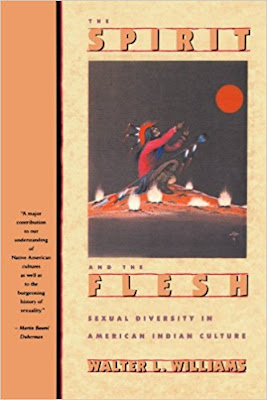 Williams' book was a ground-breaking summary of the literature supplemented by his fieldwork. He outed himself in the book as a gay researcher, and discussed the alliance of living 'berdaches' with the then gay movement. He dismissed the idea that a 'berdache' was transsexual:


"It is worth noting that many transsexuals may pass for women because there is no respected alternative to masculinity in this society. Bodily mutilation is a heavy price to pay for the ideology of biological determination. American Indian cultures, through the berdache tradition, do provide alternative gender roles. Indians have options not in terms of either/or, opposite categories, but in terms of various degrees along a continuum between masculine and feminine."

He also included sections on gay pirates and cowboys that are not of obvious relevance to the topic of the book.

The Spirit and the Flesh won the Gay Book of the Year Award from the American Library Association, the Ruth Benedict Award from the Society of Lesbian and Gay Anthropologists, and the Award for Outstanding Scholarship from the World Congress for Sexology.

Harry Hay reviewed the book and criticized it for conflating winkte or nádleehé or other 'berdache' with gay and for de-emphasizing the ceremonial and spiritual aspect of the role. However he concluded:


"All that being said, the book is also a vast compendium of gaily related information, chock-a-block full of new anthropological notions to explore, old academic confusions to clean up, and all of it very readable. ... The Spirit and the Flesh is, for all its faults, clearly a giant step in the direction of enabling, perhaps even empowering, Heteros to see Gay People as we wish to be heard. It is without a doubt a book no serious library can in future be without. (p282)"

Four years later the third annual intertribal First Nations/Native American gay and lesbian conference in Winnipeg voted strongly for the term 'two-spirit' and that the term 'berdache" not be used. 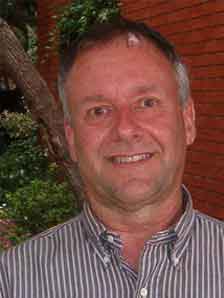 Williams was co-founder, with an ex-boyfriend, of the Committee on Lesbian and Gay History for the American Historical Association, and was an officer of the Society of Lesbian and Gay Anthropologists.

In 1992 a second revised edition of The Spirit and the Flesh was published, but still used the terms 'berdache' and 'Indian'.

In 1994 Williams got the University of Southern California to provide space for the ONE Gay and Lesbian Archives.

In 1997 Jean-Guy A. Goulet re-analyzed the original 1947 and 1954 accounts of the Northern Athapaskans and demonstrated that Williams' paraphrase added an unwarranted conclusion.

The same year Pat Califia in Sex changes: the politics of transgenderism made the obvious, but not previously well articulated, point that both Katz and Williams talk of 'berdaches' as gay, but surely they are a type of transgender. Califia comments:


"Williams' position on the gender of the berdache is ambiguous. On the one hand he is forced to admit at the very least that the berdache was differently-gendered, combining male and female qualities, occupying a social role that was 'half-man, half-woman' and 'not-man, not-woman'. Yet he insists, in an amazing series of arguments, that the berdache were not women, transvestites, hermaphrodites, or transsexuals.(p132)"

"Why is Williams so reluctant to simply own the fact that one of the most important defining qualities of a berdache was her donning of female apparel? His line of reasoning here seems based almost entirely on distaste about transvestism, which he dismisses as an embarrassing sexual kink. ... I assume that Williams would come down hard on a straight researcher who insisted on interpreting homosexuality solely through the lens of medical or psychiatric pathology and protest if it was discussed only as a recently-discovered type of sexual abnormality. Why doesn't he reject a similar definition of and treatment of transvestism and transsexuality? (p133)"

Williams lived for extended periods in Thailand, Indonesia (as a Fulbright scholar), Cambodia, Philippines, and other parts of Asia and the south Pacific.

In 2006 Williams added an author's note in Amazon:


"Unless continued sales of this book will justify the publication of a third revised edition in the future, it is not possible to rewrite what is already printed. Therefore, I urge readers of this book, as well as activists who are working to gain more respect for gender variance, mentally to substitute the term "Two-Spirit" in the place of "berdache" when reading this text."

In February 2011 Williams suddenly quit his position at the University of Southern California, and relocated to Cancún, Yucatán, after being questioned by Los Angeles police after returning from a trip to the Philippines. In June 2013 the FBI put Williams on its Ten Most Wanted list, the 500th person to gain that distinction. The fact that Katz and Williams regarded two spirit persons as homosexual rather than transgender, and were not really called out about it until Pat Califia’s 1997 book, is a demonstration of the changing social construction of sex and gender.

Apparently Wikipedia did not have a page on Williams until his arrest.   The current page says nothing at all about his academic career.  In addition the page is called “Walter Lee Williams” in the style of US policing, and the several mentions of “Walter L Williams” (as he is always listed on his books) on other Wikipedia pages do not click through.

Williams has been arrested in Mexico for a crime said to have been committed in the Philippines, based on an anonymous denunciation.   There is no mention of a Filipino request for his extradition.   Given that Gary Glitter, the most famous westerner to be convicted for child sexual abuse in East Asia was sentenced in Vietnam to three years and released after two, the US probably does not want to risk that the Philippines might be as liberal as its Communist neighbour.

There has been a rush by universities and gay organizations to dis-associate from Williams although he is merely accused.   He has not yet been tried.  The concept of ‘Innocent until proven guilty’ is merely a memory from the past.

The Victoria Brownworth, who wrote the article above for the Advocate, is the same person who has been having a contretemps with Cristan Williams (no relation to Walter)
Time: 22:34 2 comments:

Michele Castellana grew to 1.9 m (6'2") and qualified as a dermatologist, and worked in the hospitals of Salerno. For a while s/he was the androgynous Micha. Then she was Martina.

In 2009, after twenty years on hormones, Martina ran, perforce under the name of Michele, as a Salerno list candidate for Silvio Berlusconi's Il Popolo della Libertà (PdL) in the provincial elections and became a consigliere. In 2010 she was elected president of the provincial commission for equal opportunities, and was able to open a gender identity centre – the first south of Rome. 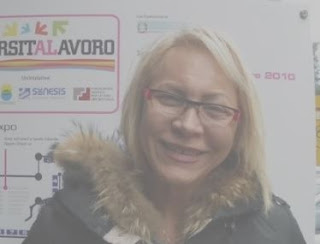 In 2011 the city of Salerno granted her a revised identity card making her the first Italian trans woman to have a revised card without undergoing surgery.

In 2012 she released her autobiography, Sulla mia pelle.

In June 2013 Martina flew to Malta with the singer Sandro Giacobbe, and was invested with a Cross of Malta (although not the Sovereign Military Hospitaller Order of St. John of Jerusalem of Rhodes and of Malta).


Buzzfeed, a days ago published “24 Americans Who Changed The Way We Think About Transgender Rights”.

Lists like this are always arbitrary, and well-deserving persons are always left out.   However I quickly realized that my list would be quite different even though some on the BuzzFeed list would have made my list if I were starting from scratch.  However as this is in effect a response I have not included any of those on the BuzzFeed list.   (No. I am not going to specify whom).

The 20 persons below are not sorted by importance.   How could one do that?  They are sorted by birth year.

Email ThisBlogThis!Share to TwitterShare to FacebookShare to Pinterest
Labels: changed things, list
Newer Posts Older Posts Home
Subscribe to: Posts (Atom)
The following sites copy this blog. Neither of them has permission to do so, and they do it in a fashion that violates my Permissions for Copying.