Barry Kenneth Cossey was born in Norfolk, with XXXY chromosomes, Klinefelter’s Syndrome. She started living as Caroline in 1971 at age 17, and began work as a showgirl and topless dancer.

She had breast augmentation and Adam’s Apple reduction surgery, and then genital s 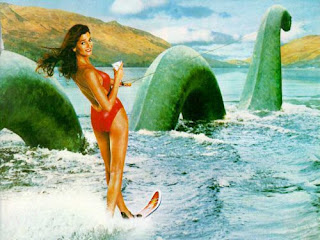 urgery in 1974, under Dr John Randell at Charing Cross Hospital.

She developed a career as a model, using the professional name Tula. She was featured in fashion advertisements particularly. She was noted in Smirnoff Vodka’s “Well They Said Anything Could Happen” advertisement in 1981 that shows her water-skiing behind the Loch Ness Monster. She was a Page Three Girl for The Sun. This led to a small part in the James Bond film, For Your Eyes Only, 1981, and an associated article in Playboy.

This exposure led to her being outed in The News of the World, a rerun of what had happened to April Ashley in 1962, which ruined her modelling and acting career. She responded with her first autobiography, I am a Woman.

In the mid-1980s she was featured in music videos by Duran Duran and Power Station.

In 1983 she and Count Glauco, an Italian, intended to marry, but UK law at that time did not recognize her as female. She applied to the Registrar General and to her Member of Parliament. She started appeals to the English courts for the right to have her birth certificate re-issued and to marry.

er appeal reached the European Court of Human Rights in Strasbourg, and the Court ruled in her favour. On this basis she married businessman Elias Fattal, whom she had known for four years, but press attention outed her to his family, and he left her. 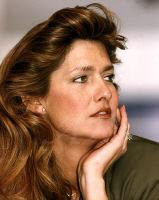 The Thatcher government appealed the European Court of Human Rights ruling, and it reversed its decision. This enabled Fattal to have their marriage annulled.

In 1991 she became the first transsexual as such to be featured in Playboy, and also released her second autobiography which featured her legal battle.

The parallels with April Ashley:
Are Caroline Cossey and other persons with Klinefelter's Syndrome intersex?   The question whether April Ashley had Klinefelter's Syndrome was raised during Corbett v. Corbett, but despite her blood being examined by Professor FTG Hayhoe, a chromosome expert at Cambridge, no clear answer was given.  Either way, the result of Corbett v. Corbett was to establish a legal criterion for intersex that was not the same as the medical criteria.   Because Klinefelter's Syndrome persons have a Y chromosome (no matter how many Xs) they are 'chromosomally male' and therefore concordant in their chromosomal, gonadal and genital sex.

Let us go to Stephen Whittle's Blog, posting of 14 July 2008, where he says that: "In English law, there has been *NO* change of the position of intersex people with the coming into force of the Gender Recognition Act. Since time immemorial, intersex people in the UK have been able to apply to have their birth certificates amended to better reflect the sex they are. This system is still in existence for those who wish to use it." Unfortunately this statement does not distinguish between the medical and the legal concepts of intersex.

Therefore, Caroline Cossey, intersex by common sense and medical opinion, spent six years of her life going through the hassle of court after court because she was not intersex by Justice Ormrod's definition.

It is to Caroline's credit that she is not hung up on these distinctions and in her autobiographies  uses the word 'transsexual' of herself.