Frank Felice, from Detroit, moved to Lansing, Michigan in 1972, where she became Terri Williams.

She first came to police attention when a murder investigation led to a gay bar and she was able to be a witness. In 1974 Williams told the police about a man who had stayed in her apartment and spoke of a triple murder in Florida as part of a jewel robbery. Williams, in his male persona, was flown to Florida to testify, and a conviction and death penalty followed.

However by that time, Terri was ready for surgery and had a series of transgender operations 1974-5 in Lansing, Michigan performed by a professor at Michigan State University. Terri was then outed by a local television reporter under the impression that penile inversion was a new development. A Michigan state legislator brought up the issue and questioned the use of public funds for such procedures. This became a furore when the appropriations bill for the state medical school came up.

The same reporter later found her engaged to be married, but this broke up and Terri moved to Denver late 1975 to start over.

She had few job prospects and became a topless dancer. While working at that job she met Richard Moore, and they were married May 14, 1976. Apparently Terri did not discuss her history with Richard, but Mr and Mrs Moore briefly visited Lansing, and met Terri’s friends. 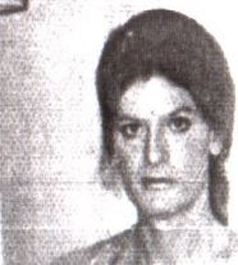 It was noted that Richard’s mood changed rapidly, and he even spoke of killing his wife. Mr and Mrs Moore left early to return to Denver.

Terri’s body was found on June 1 close to Interstate 80 outside Newton, Iowa with her two dogs, only one of them alive. Terri had been shot. In her purse they found her marriage license, and her note book listed friends in Lansing and in Denver, and the make, red Mercury, and license number of Richard’s car.

The police quickly put the story together and watched for the car to turn up at Richard’s address in Denver. He was arrested and charged with murder. During jury selection he suddenly attempted to confess and plead guilty. A competency proceeding was conducted and he was found competent to stand trial.

At the trial, Richard Moore denied that his wife was transsexual, but said that she had had her tubes tied. He also said that he was the country singer, Johnny Cash, that the police had bugged his car, and that the key policemen were imposters. His father testified that Richard had become mentally ill years before, and had spent two months in a mental hospital in Pueblo, Colorado.

He was found guilty of murder and sentenced to life imprisonment. He appealed on the grounds that his removal from the courtroom after several verbal outbursts violated his constitutional right of confrontation. He also claims trial court abused its discretion in admitting murder scene and autopsy photographs and should have instructed, on its own motion, on diminished capacity. The appeal court affirmed the original conviction.

The surgery at Michigan State was pioneering, and Terri was one of the first transsexuals in Michigan. I do not understand why she is not included in this LGBT Heritage Timeline for the state, especially as it is hosted by Lynn Conway’s university.

Penile inversion was new in Michigan in 1975, but had been developed by Georges Burou 20 years earlier, and Stanley Biber in Trinidad, Colorado had been doing such operations since 1968.
Time: 22:04 No comments:

See also Another 4 trans persons with a more famous kin


Shaun Woodward, who had married an heiress to the Sainsbury Supermarket fortune, was a front-bench Conservative MP in 1999, when he refused to agree with the Conservative Opposition’s continuing support for Thatcher’s Section 28 which prohibited any discussion of LGBT topics in schools, which the Labour Government was proposing to repeal. He was sacked from the Front-Bench, and then he crossed the floor to join the Labour Party. It was an open secret that his sibling, Lesley, had become a woman seven years earlier, and the Conservative press then outed her with front-page stories, waiting on her doorstep to take photographs. Guardian   BBC   New Statesman Shaun Woodward was later given the safe Labour seat of St Helens South, and held several Cabinet positions. The Conservative safe seat that he had previous held, was taken by a young David Cameron. Mr & Mrs Woodward separated in 2015 after 28 years and four children. Shaun was then reported to be in a relationship with Luke Redgrave, grandson of actor Michael Redgrave. Daily Mail 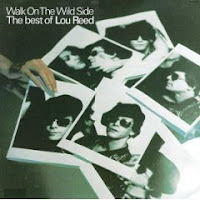 The lover of New York rock singer/composer Lou Reed in the mid-1970s was the half-Mexican-native Rachel who had been a regular at Max’s Kansas City and the 82 Club. Rachel appears on the inner sleeve of Sally Can’t Dance,1974, and the title track of Coney Island Babe, 1976 is dedicated to her. The cover of Walk on the Wild Side: The Best of Lou Reed, 1977 is of photographs of the two of them. The title track of Street Hassle, 1978 is about her.

Susan Faludi, journalist and author of Backlash: The Undeclared War Against American Women, Stiffed: The Betrayal of the American Man and TheTerror Dream.    Her father was born István Friedman in Hungary, survived the Holocaust, moved to New York as Steven Faludi where he worked as a photographer. At age 76, after moving back to Hungary and after a forced-femininity phase, Faludi Sr became Stefánie Faludi and had surgery in Thailand with Dr Kunaporn. Susan wrote about this from her perspective. Kay Brown, New Statesman, WSJ, Amazon.

Molly Haskell, film critic, author of From Reverence to Rape: The Treatment of Women in the Movies, Love and Other Infectious Diseases, Holding My Own in No Man's Land: Women and Men and Film and Feminists. Her brother, a married financial advisor, transitioned at age 59 as Ellen. Molly wrote about it from her perspective. NYMag, NYTimes, Amazon


Helen Boyd, wrote two books, My Husband Betty: Love, Sex, and Life with a Crossdresser and She's Not the Man I Married: My Life with a Transgender Husband and a chapter in Crossing Sexual Boundaries about her spouse, Betty. Blog, Amazon

John Wojtowicz attempted to rob a bank in Brooklyn in August 1972, and gave his reason as paying for surgery for his lover, Liz Eden. This was filmed as Dog Day Afternoon, 1975, with the lover called Leon, and presented as a mid-70s gay stereotype, who has been informed by the shrinks that he is a woman trapped in man's body. Wojtowicz sold his story to Warner Bros. for $7,500 and 1% of the net profit. He had to sue (from prison) to get it. He gave Liz $2,500 for the operation, which she had in 1973. Liz also sued Warner Brothers for libel.

In 1949, Carla was arrested in Los Angeles under the 1922 municipal anti-masquerading law. This was a year before two lesbians, in separate cases, challenged the Los Angeles anti-masquerading law, and in both cases the courts declared that cross-dressing alone did not constitute guilt under the ordinance unless there was further intent to conceal one's identity. However the police force and the local politicians simply ignored these two rulings.

Carla later wrote “I didn’t think there were any other transvestites in the world, until after my arrest”. Because of publicity in the press she received letters from and met others. From these she learned of the possibility of changing sex.

A few years later Louise Lawrence encouraged her to write to Harry Benjamin.

This led to her being involved in a study of transsexuals by Federick G Worden & James T Marsh. In 1954 Carla participated hoping that it would lead to approval for her surgery. However they interviewed her without bothering to read the six-page letter she had provided, and did not provide the desired approval.

Carla then had an encounter with Robert Stoller, then new to the field, who attempted to reverse her ‘sexual tendencies’.

Caren first lived as a woman in Mexico City, until one night a drunk touched her in just the wrong place.

In the late 1940s, Caren gave her life story to Alfred Kinsey, “in hopes that any information … may in its small way eventually be of help to others of my kind”.

At the age of 43, then living in northern California, using a local anesthetic, and succeeded in removing her testicles. Dr Karl Bowman, at San Francisco’s Langley Porter Clinic, then recommended further surgery to remove the penis - this was done late 1953 at the University of California in San Francisco. While recovering she gave offprints of Harry Benjamin’s "Transsexualism and transvestism as psychosomatic and somatopsychic syndromes".

She worked with Louise Lawrence, and was involved in the study of transsexuals by Federick G Worden & James T Marsh, in a vain attempt to show “the true idea that I’m happy with my new life, and that for suitable subjects it is right to make these changes”.

She pursued a career in nursing.

Email ThisBlogThis!Share to TwitterShare to FacebookShare to Pinterest
Labels: Benjamin patient, Bowman patient, Kinsey patient, nurse, Stoller patient, Worden & Marsh project
Newer Posts Older Posts Home
Subscribe to: Posts (Atom)
The following sites copy this blog. Neither of them has permission to do so, and they do it in a fashion that violates my Permissions for Copying.