From there Massarella took a position in the emergency department at the associated St Joseph’s Healthcare in Hamilton, Ontario, and became Chief of Emergency Medicine there in 2001. Massarella also married and had two children. 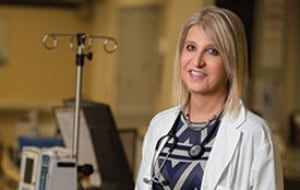 When Massarella was 42, a trans patient suffered a cardiac arrest and died. This brought home to Massarella that he did not want to die as a man, and as Carys she completed transition in 2009, with surgery in the US.

Carys remains an attending Emergency Physician at St. Joseph’s and is the lead Physician for the Transgender Care Program at Quest Community Health Centre in nearby St Catharines. She is President of the Medical Staff Association.


“The biggest obstacle for most transgender individuals is access to medical care,” she says. “In our clinic, we no longer refer patients to psychiatrists. Being transgender is not a pathology. Gender dysphoria is not a psychiatric illness.”

“I must say, my American colleagues…every time I tell them I did this at a Catholic hospital they are like ‘no you didn’t’ and I’m like ‘yes I did.”

Austin Hartin joined the US Navy in 1953. He married while serving in Florida the next year. Later Hartin would explain that he married to escape from having to live in the all-male environment on the navy base. A daughter, Deborah, was born a year later. The Hartins separated in 1957.

Hartin became a patient of Leo Wollman, and then had surgery from Dr Burou in Casablanca, April 16 1970. She was granted a divorce later that year from the wife not seen since 1957. A name change to Deborah Hartin was also granted. The mother retained custody of the daughter. The case attracted press attention as it was one of the first divorce cases where one party had transitioned.

In 1971 Debbie was featured on local cable television and in Screw magazine. Both appearances included a clear view of her vagina. Later, in March the Queens Liberation Front presented themselves in a class on homosexuality at New York University, where Debbie also spoke. Later Debbie spoke about her problems with ‘her family, her neighbors and her daughter’ at a meeting that was supposed to be the inaugural meeting of Transsexuals Anonymous held at the office of Dr Benito Rish.

That same year she was on the New York David Susskind Show, and later was filmed being interviewed and examined by Leo Wollman. Again this examination included a close-up of her vagina. The segment was eventually incorporated in the 1978-released film Born A Man... Let Me Die A Woman. She was living with her parents at that time.

Deborah had been able to get her name and sex changed on her baptismal certificate and certificate of discharge from the navy. She applied to get the same changes on her New York birth certificate. The name was changed but sex left blank. The Bureau of Records had adopted a committee report in 1965 to omit a sex designation from amended birth certificates for transsexuals. This had been tested legally but unsuccessfully in Matter of Anonymous v. Weiner, 1966. This was re-inforced by an amendment to the New York City Health Code which was adopted unanimously in 1971 that a re-issued birth certificate for a transsexual should not indicate the applicant’s sex. Nevertheless Deborah sued the Director of the Bureau of Records in 1973 in that she was not issued a revised birth certificate saying ‘female’ and that this was arbitrary and capricious and constituted an abuse of discretion. However the court denied her suit ruling that the Board had acted in a rational manner and made no error with regard to their own rules. They cited the 1966 precedent.

In 1976, Jude Patton and Deborah were guests on the syndicated The Phil Donahue Show.

Deborah is the only trans woman that I have come across who took her daughter's name.
Time: 11:06 1 comment:

In Nikolai Krementsov's Revolutionary Experiments: The Quest for Immortality in Bolshevik Science and Fiction, Oxford, 2013, we find on page 152. 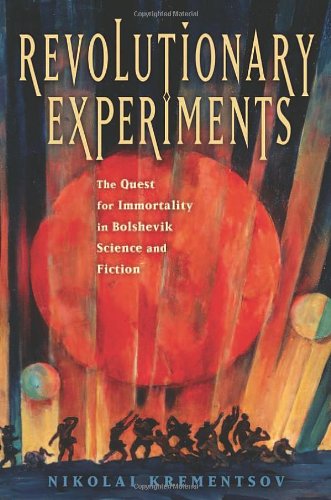 "Available evidence indicates that at least one Moscow clinic did practice such operations.  As an Evening Moscow reporter informed his readers in December 1926, professor Il’ia Golianitskii, well-known for his work on plastic surgery and tissue transplantations, had successfully performed sex-change operations on both men and women.  Entitled “Underdeveloped people” and illustrated by  a photograph of one of the patients, the reportage described five successful sex-change operations: four on women and one on a man."


Unfortunately, that is the only mention of professor Golianitskii in the entire book.

1926 is earlier than the pioneering operations carried out at Magnus Hirschfeld's Institute in Berlin.  If this is so, the early history of surgical transsexuality will be changed. 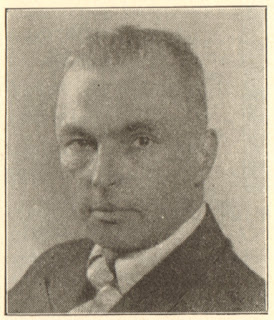 Thomalla, from Silesia, studied law and then medicine at the universities of Lausanne, Kiel, Würzburg, Erlangen und Breslau.

A volunteer in the War, he was severely injured in 1914. He passed the state exam in Breslau (now Wrocław in Poland) and worked at the city's Nervenklinik specialising in neurology and psychiatry.

From 1918 to 1925 he was head of the medical film archive at the UFA film studio in Potsdam. From 1924-6 he worked as a physician and as freelance writer, and was interested in the ideas of Eugene Steinach, rejuvenation and internal glands.

In 1924 he wrote for Uhu, the Berlin women's periodical, an article “The Riddle of the Glands: The mysterious Effects of Inner Secretion”, where he argued that 'sex intermediates' are the result of inner secretions, rather than of degeneracy. However he regarded this as a disease to be fixed by glandular means. The article was accompanied by a photograph of four 'women' who lived and worked as male, and had acquired police permits to do so.


From 1926 Thomalla worked for the German state as a popular educator on hygiene. In 1929 he was head of the press office of the association of German professional associations.

After the Nazi takeover he worked as a speaker in the Reich Ministry of Public Enlightenment and Propaganda. In 1936 he published a book on eugenics with the then-required anti-Semitic aspects.

In 1939, feeling in disagreement with the government, he and his secretary both gassed themselves.
DE.Wikipedia
Time: 09:21 No comments:

Email ThisBlogThis!Share to TwitterShare to FacebookShare to Pinterest
Labels: cis doctor, forgotten, Hirschfeld associate, sexologist, Third Reich
Newer Posts Older Posts Home
Subscribe to: Posts (Atom)
The following sites copy this blog. Neither of them has permission to do so, and they do it in a fashion that violates my Permissions for Copying.