David Palmer was born intersex and had corrective surgery to make him definitely male. 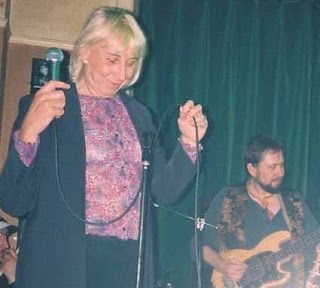 He graduated from the Royal Military School of Music and the Royal Academy of Music. He was clarinettist with the Royal Horseguards calvary regiment.

++Palmer's first production of an LP was Nicola by Bert Jansch.   This was followed by an introduction to the band Jethro Tull and Palmer played French horn and did orchestral arrangements for their 1968 album This Was.

After scoring arrangement for  Jethro Tull for several years, Palmer was a full member as keyboardist and arranger 1976-80.

He has recorded several orchestral arrangements of music by Queen, Pink Floyd, Genesis, Yes, etc. He was married, and presented as a bearded, pipe-smoking man. He was appointed a Fellow of the Royal Academy of Music in 1994.

However she really preferred to be female, but did not transition to female until 2004, at the age of 67, after the deaths of her mother and her wife.

As a full-time member