Saigon) for her birth.

The most likely story is that she was born Alain Tapp in 1939. He was raised bilingual in French and English, and became fluent also in Italian, Spanish and German as a teenager. 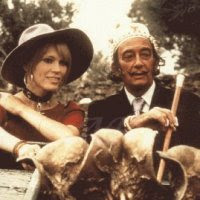 a performer at Le Carrousel in Paris under the name Peki d’Oslo. Peki was a room mate of April Ashley for a Le Carrousel tour of Italy. Alain as Peki is also remembered by Romy Haag from when she performed at Haag’s nightclub and at Chez Nous in Berlin in the early 1960s. Record producer Simon Napier-Bell also met Peki when she was first in London, and then years later made a record with Amanda.

She became a long-time friend of Salvador Dalí, who may have paid for her operation with Dr Burou in 1963. Some say that her name = ‘a man’ + ‘dali’ or ‘L’amant Dali” (this latter the title of one of her books).

In 1965 after working with Ricky Renee in Berlin and at Raymond's Revue Bar in London, Peki became Amanda and studied at St Martin’s College of Art in London, and became acquainted with Marianne Faithfull and Keith Moon.

Desiring a UK passport she and April went to a pub in Notting Hill and found a Mr Lear, an Scottish architecture student, who was willing to wed Amanda for ₤50. Mr Lear was dumped right after the ceremony, but Amanda has kept his name to this day.

She became a disco star in the 70s. At this time there were rumours that she was transsexual, but she consistently denied them. She has claimed that the sex-change was merely a publicity stunt thought up by Salvador Dali. In her disco song, ‘Fabulous Lover, Love Me”, she sings: “the surgeon made me so well that you could not tell that I was not somebody else".

She is the model with the black panther on the cover of the Roxy Music album, For Your Pleasure. She dated Brian Jones, Bryan Ferry and David Bowie. She modelled nude for Playboy in 1977. 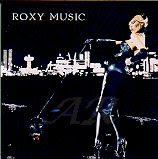 and himself the owner of Le Bronx, one of Paris’ first openly gay nightclubs. He and Amanda were together for 21 years until he died in a fire at their farmhouse near Avignon.

She has released 13 albums and over 50 singles, with sales in the millions. She has written three books about her life with Salvador Dalí. She has hosted long-running television shows in Germany and Italy. She has exhibited her own paintings and gives lectures on Dalí.

In 2006 she was made a Chevalière in the l'Ordre National des Arts et des Lettres.

In 2007 she created a kerfuffle when she refused to perform or appear on stage in Milan because she would be next to a group of transsexuals. She was reported to say ‘Tenete lontani i trans’ (keep the transies far away).

In 2008-9 her Wikipedia page was revised to remove all suggestions that she is transsexual, and in 2009 she published an autobiography with the the tantalizing title of Je ne suis pas celle que vous croyez..