John Mark Karr was raised in US Georgia and Alabama. His mother claimed he was possessed by demons and attempted to burn him alive. She was incarcerated in a mental hospital.

When he was 20, Karr married a 13-year-old and abused her. The marriage was annulled a year later. When he was 24, he married a pregnant 16-year-old. The twin daughters died hours after birth. They then had three sons.

In 1996, Karr registered Powerwurks.com and claimed to be a support organization for children. He also operated a day-care centre in Alabama. Karr then worked as a substitute teacher 2000-1 in Petaluma, California, until his arrest for possession of child pornography. His second wife then divorced him. He failed to appear to his probation officer in December 2001, and went on the run. 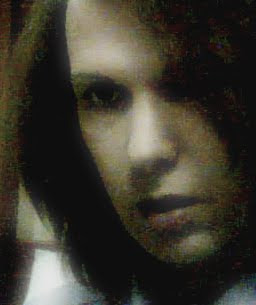 In 2006, University of Colorado journalism professor Michael Tracey received emails about the JonBenet Ramsey murder. The emails were traced to Thailand, and a letter to him enabled the Thai police to identify Karr. He claimed that he was in Thailand working as a teacher and seeking a sex-change, and that he had started taking female hormones, although he maintained a male presentation. He was arrested and his visa revoked. He admitted being with Ramsey when she died. He returned to the US on a business class flight and not under arrest. He was arrested at Los Angeles airport, and extradited to Colorado. However his DNA did not match the DNA found at the crime scene.

He was released, but then re-arrested on the outstanding charges in California of possessing child pornography. These charges were dropped after the investigators admitted that they had lost the computer in question. He was a media sensation for a short while.

In 2007 Karr was arrested after a domestic argument at his father’s house in Atlanta. He stopped hormones because his then fiancée did not approve, but restarted after they broke up. As Alexis Reich, she changed her name in 2008 and restarted the hormones. She reportedly completed transition in 2010.

The Wikipedia editors still have not changed the name on their article on Alexis Reich as per their standard policy, nor is she in any Wiki trans category yet.
Time: 19:49

Email ThisBlogThis!Share to TwitterShare to FacebookShare to Pinterest
Labels: teacher