Sheila Jean Sullivan was raised in Milwaukee, Wisconsin. In her early 20s she worked as a secretary for the Slavic Languages Department at the University of Wisconsin, where she was noted for her speed and accuracy in typing even in Cyrillic, although she not understand the language.

Sullivan had begun to wear men’s clothing even to work, and helped with the typesetting and layout for the local gay magazine. Sullivan moved to San Francisco with boyfriend. Sullivan's parents and siblings were supportive of his identity as a man, and the going-away present was a man’s suit.

In San Francisco Sullivan eventually found a supportive psychiatrist and started taking male hormones in 1978. He changed his name to Louis and was able to grow a beard. He found a job at a sporting goods firm where the manager knew of his past but was not bothered. He had chest reconstruction in 1980, which ended the relationship with the boyfriend.

Louis was a pioneering organizer for female-to-male persons. He was the organizer of San Francisco’s Gay & Lesbian Historical Society.

He identified as an gay trans man, at a time when the medical establishment maintained that no such person could exist, and was rejected by gender clinics on these grounds three times. He had obtained hormones and surgery from doctors not associated with gender clinics. He lobbied the American Psychiatric Association and the Harry Benjamin International Gender Dysphoria Association (now known as WPATH), to recognize his existence. 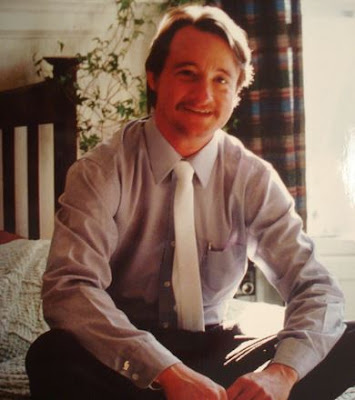 He wrote the first guidebook for FTM persons, and also a biography of the early 20th century San Francisco trans man, Jack Bee Garland. He did peer counseling at San Francisco’s Janus Information Facility, a clearinghouse for information on transgender issues; he was also active in the Golden Gate Girls/Guys (later the Gateway Gender Alliance). He was a frequent contributor to Rupert Raj’s FTM newsletter out of Toronto, Metamorphosis.

In 1986 he finally had genital surgery, but suffered complication afterwards. Also later that year he was diagnosed as HIV+. Aids-phobia cost him his job.

He spent the rest of his life developing support for FTM transsexuals and crossdressers. He founded FTM the first exclusively FTM organization. He is largely responsible for the modern acknowledgment that sexual orientation and gender identity are different things. He was also one of the first to talk about the eroticism of male clothing.

He died of AIDS. “I took a certain pleasure in informing the gender clinic that even though their program told me that I could not live like a gay man, it looks like I’m going to die like one”.