Sam Hashimi was born and raised in Zofaranaya, a suburb to the south of Baghdad. When the family was out, he would dress in his sister’s clothes, until caught by his brother. His one masculine interest at school was football. However he was perceived as feminine by the other boys, and started having sex with them in the passive role.

At age 16, he moved to England, took an National Diploma in engineering, in Swindon. He financed it by selling hot food at night from a van. He met a woman in a disco, and eventually married her in 1984 in a Anglican church in a village outside Swindon. They soon had two children. He launched two companies: one importing fruit and vegetables, and the other making computers. 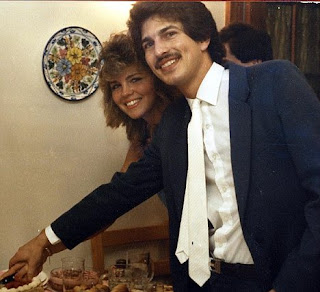 He later met an Arabian sheikh and they created a property and investment company. This company thrived. Hashimi became known for negotiating on behalf of wealthy Arabs. He also ran a club and a restaurant in Mayfair. In 1990 he had the opportunity of investing in Manchester United Football Club, but was unable to raise the required ₤10 million in the specified 24 hours. Later the same year he launched an unsuccessful takeover bid for Sheffield United FC, at a time when foreign ownership of British football clubs was not done. The bid resulted in much publicity. It was discussed in the House of Commons, and the Saudi King expressed his disapproval. Coincidentally it came out that a Sheffield company was supplying materials for Iraq to build a ‘supergun’, and then Iraq invaded Kuwait. The deal was off; his major investor pulled out; Hashimi was bankrupt.

For the first time he told his wife that he was a woman trapped in a man’s body. She was at first sympathetic and helped him to cross-dress, but quickly segued to divorce, and, once she found another rich man to keep her, ousted Sam from the family home, and obtained injunctions to keep him from seeing the children. In violation of those injunctions he was arrested and served a few months in HMP Wormwood Scrubs.

During a subsequent period of depression and living at the Ealing YMCA, he started going to gay and trans clubs and was told how great it was to be a woman. He applied through his doctor to be evaluated by the Gender Identity Clinic at the Charing Cross Hospital. However the wait would be over a year, and if he were to become a woman he needed money.

Through his old contacts he was able to get restarted as a property refurbisher. In the course of that work he met an Israeli divorcee, and they became both business partners and spouses. However that was short lived, and a second divorce ensued.

He then contacted Dr Russell Reid and was accepted as a private transsexual patient.


"First of all, I thought I would I would do my nose to make it look more feminine. I had eye correction surgery to get rid of my glasses. Then I did my teeth to give me a better smile and I had electrolysis all round my face to remove the masculine beard. I had my Adam's apple removed and my vocal chords tightened. I had breast implants, all before the sex change surgery to remodel my genitalia".

Six months after first seeing Dr Reid, in December 1997 Samantha Kane had genital surgery with Michael Royle. She spent over £100,000 in total. 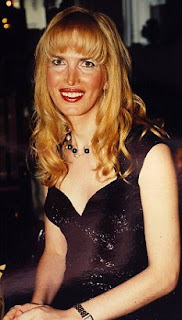 She had not seen her family for 10 years. She contacted them and, because of the situation in Iraq, they arranged to meet in Amman, Jordan. They did not know about her change until they actually met at Amman airport, but they did accept her.

Samantha wrote an autobiography in her first year, when she was trying to launch a football magazine to take advantage of the 1998 World Cup. She was even considered as chief executive at Sheffield United FC because of the possibility that she could attract supporters in Asia and the Middle East who would watch on subscription television. She built a new career in interior design, and lived an expensive life in London and Spain.

Within four years he regretted the mistake, as he missed being one of the boys talking football, business and girls.


"In fact, I found being a woman rather shallow and limiting. So much depends on your appearance, at the expense of everything else. I wasn't interested in shopping. My female friends would spend hours shopping for clothes, trying on different outfits. But having been a man I knew exactly what would suit me and appeal to men. I could walk into a shop and be out again in five minutes with the right dress. Nor have I ever been interested in celebrity magazines or the things that interest other women, but when I tried to talk to men about blokey things they didn't take me seriously.”

In 2004, after the collapse of her engagement to a wealthy landowner when it became apparent that he did not regard her as a ‘real’ woman, Kane decided that it had been a mistake, and as Charles Kane reverted to male. He complained, at the time that the Gender Recognition Bill was going through Parliament, to the General Medical Council that Russell Reid had been too easy in accepting him. Charles was referred to the Charing Cross Hospital Gender Identity Clinic, and as a private patient spent a further £25,000 on breast removal and phalloplasty.


"After what I've been through, I now think that sex-change operations shouldn't be allowed. They should be banned. We live today in a consumerist society where we all believe we can have everything we want, but too much choice can be a dangerous thing."

Charles has prospered again in the property market, and is now living in a £2.6 million property in west London, and had recently announced his engagement to a 28-year-old woman. His son, now 25, has reconciled with his father. Charles has completed a novel, and is seeking funding for a 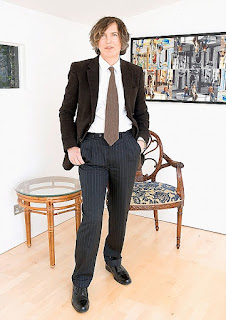 documentary on the “the Sex Change Delusion”.


“In many ways I see myself a victim of the medical profession. Even with the glamour of Samantha Kane and the £100,000 I spent on myself, I had people shouting abuse at me and builders throwing stones at me from rooftops.”

As Charles he was featured in a BBC documentary, 2004, and an ABC "Primetime Nightline" documentary in 2011.

++ In March 2017, in an exclusive interview with the Daily Mail, Kane announced a return to being a woman, and a change of name to Sam Kane,


"The reversal operation did not return me to the man I once was, just an approximation.  With the exception of Victoria, I was rejected by both men and women. The original surgery was effectively irreversible. You can’t turn back into a man because whatever defines the male has been completely removed, so how can you bring it back?

‘I discovered to my detriment that there is only so far medical science can go.  As Charles, I still sometimes wanted to wear a blouse or a pretty ring, and wear my hair long.  Having become Samantha, I should have stayed Samantha. When I told Victoria how I was feeling, it effectively ended the relationship.  She said she preferred men and did not want to live with a woman, but we are still friends."


*Not the romance novelist, Samantha Kane, nor Charles Kane the protagonist in Citizen Kane, 1941, nor the character in Tomb Raider, nor the boxer, nor the President of One Laptop Per Child.

I also had the surgery only six months after first meeting Russell Reid, but unlike
Hashimi/Kane I had by that point been on female hormones for some years, was living full-time as female and working as female.

Why is it that these who change back, then feel that they want to ban the operation for everyone?

What a pity that Samantha did not discover ways of being female, ways that are less shallow and consumer oriented. Nor did she figure out that being glamourous and passing are not the same thing.
Time: 04:39