Zdenka Koubkova, who worked as a corset fitter, became a runner who set Czechoslovak women's records in the broad jump, high jump, a half-dozen sprint and middle-dista 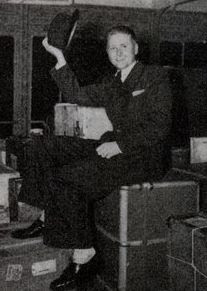 She broke the women’s world record for the 800-metre dash at the Women's World Games in London in 1934.

A genital examination was ambiguous, and she was stripped of her award and banned from Olympic competitions.

To her humiliation, a nude photograph of her was published in a medical book.

Professor Milosh Kilcka, head of a surgical institute in Podol (now Podil) in Kiev, Ukraine, decided to emphasize Zdenek’s masculinity by means of an operation. The operation was so successful that the Czechoslovakian government officially sanctioned Zdenek’s transfer to masculinity

Zdenek went to New York in 1936 and performed in a Broadway club as a tableau vivant.