Van der Clyde Broodway was born in Texas, probably in Round Rock. He joined the circus at age 14. He became a (male) trapeze and tight rope performer in the Ringling Brothers' Circus and on the Orpheum C 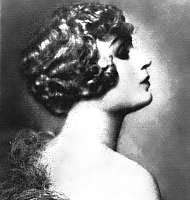 When one of the Alfaretta Sisters, the World Famous Ariel Queens, died, she had no replacement and Van stepped in.

Thereafter he retained the female guise - this was not an unknown practice in the circus. Barbette started a solo act at the Harlem Opera House in 1919. His combination of female impersonation and trapeze artistry was a great success. He maintained the illusion of femininity until the end of his act when he removed his wig.


In 1923 he took his act to England and France. During an engagement at the London Palladium, he was caught having sex with a man, and never again allowed to work in England. In France he was hailed by the noted writer and artist Jean Cocteau, who gave him a cameo in his film Le Sang d’un Poète, 1930, and had a brief affair with him. The drag-trapeze-artist murderer in Alfred Hitchcock's Murder, 1930 is inspired by Barbette, and is not in the source novel. 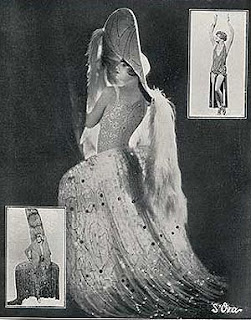 wire accident put him into hospital for a year.

A continuing stiffness in his arm prevented a continuance of his career on the trapeze, although he continued as an aerial choreographer and consultant, for example on Till the Clouds Roll By, 1946 and The Big Circus, 1959.

He committed suicide at the age of 74 after years of chronic pain.

His life was turned into a play, Barbette, 2002 by Bill Lengfelder & David Goodwin.