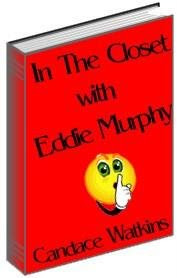 By the late 1990s when the Eddie Murphy scandal broke, she was a mentor to local transsexuals in Los Angeles. Although she had never tricked with Murphy herself she had been hearing tales for years of others doing so. She worked these anecdotes up into a book which she published online as Carnal Candy. She also put several of her friends in touch with The National Enquirer and The Globe which ran stories on Murphy and transsexuals.

When Paul Barresi working for Murphy’s lawyers sought to buy off potential witnesses, he saw Watkins as the focal point who would influence the others. They agreed on $15,000 and she swore a declaration at the lawyers’ office.

After Atisone Seiuli’s death, Candace created a memorial website saying that she had been pushed out of her window.

*Not the mayor in Louisiana.