Yutaka Yasuda was born in Sheng-Yang in Manchukuo, Japanese-occupied Manchuria, and later diagnosed with Klinefelter’s Syndrome and cerebral palsy.

In 1959 he started as an assistant in the radio engineering department of the Musashi Institute of Technology. He got a PhD in mathematics (set theory) there in 1973. 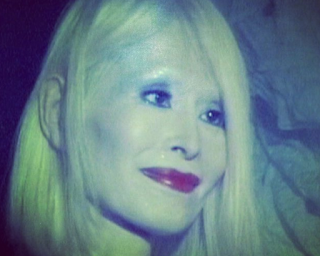 In the late 1970s Yasuda met the photographer, who would become known as Erika Yasuda, at an S&M bar in Tokyo, and became her model and assistant. In 1984 the couple moved to New York where Yasuda became visiting professor at the Courant Institute at New York University, and later professor of mathematics and logic at the University of Maryland.

He also earned a Doctor of Sciences from Nagoya University for contributions to descriptive set theory.


Erika died in 1987. Yasuda became Julia and moved to New York to work for The American Mathematical Society and The Association For Symbolic Logic.

In 1995 Julia met Antony Hegarty (later Anohni)  via Chloe Dzubilo, and was one of the original members of Anthony and the Johnsons. She also produced and managed the group Transisters. In 1996 she was in Rosa von Praunheim’s film Vor Transsexuellen wird gewarnt/Transsexual Menace.

In 1999 she became a female US citizen. She was a participant in Milton Diamond’s study of Klinefelter’s Syndrome.

Julia died at age 75 at a time of her own choosing after a long struggle with chronic pain and increasing immobility.

The IMDB page for Vor Transsexuellen wird gewarnt lists Julia simply as 'Yasuda', and for that reason her two films are not connected.
Time: 11:55