Lennox Broster was the fifth child of eight of a farmer in Molteno, South Africa.  He won a Rhodes Scholarship, and studied medicine at Oxford University.  He met his wife-to-be, Edith, at Oxford.  They later had three daughters.

In 1932 he devised an operation which provided heretofore-impossible access to the adrenal gland for removal of tumours.

++An 1938 article in the Daily Mirror about his work was headlined “Doctor Changes Sex of 24: Patients Have Married”.   The article specifically mentioned Donald Purcell who did marry four years later. 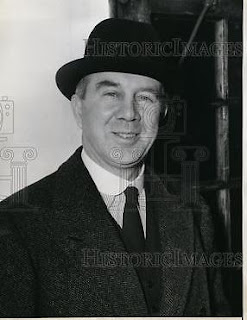 Broster's work was reported in The News of the World, in 1943, which attracted male-born patients who would now be regarded as transsexual. However there is no evidence that he operated on any such person, and Clifford Allen, the psychiatrist who worked with him, specifically rejected surgical treatment for ‘transvestites’ (the term then in use).

Unlike the other surgeons who operated on intersex and 'transvestite' patients in the 1930s and 1940s, e.g. Harold Gillies, Kurt Warnekros, Ludwig Levy-Lenz, Erwin Gohrbandt, Milosh Kilcka, he did not do just one or two as an experiment, but did several hundred operations over the years.

He later worked with John Randell.

He died in Wimbledon, London, aged 77.