Paul Wegman grew up in Rochester, NY, and initially worked in a carnival.

He first moved to Orlando, Florida  in 1965. In 1966 he worked for a while as a female stripper without being outed, and was also booked for prostitution in a gay bar by police officers who thought that he was a woman. 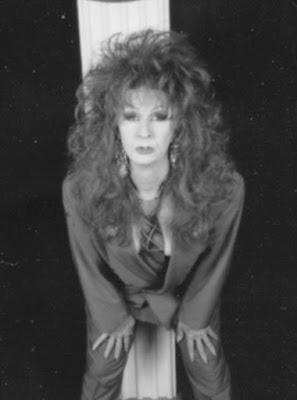 He became well-known in Orlando as an actor.  He was known for his versatility of roles in straight theater, and who had a second stage career as Miss P.

He worked with Logan Carter in the early ‘70s, and had developed the Miss P persona by the mid-1970s when he moved his act to the Parliament House, a theater in Orlando. In addition to his own act, he emceed the other drag queens, staged an all-male version of A Chorus Line, and presented various gay plays.

Paul died from complications from Aids.