ft the family when Eddie was three, and was killed when he was eight.

He played in drag in The Nutty Professor films, where he plays all members of the Klumps family, and both genders again in Norbit, 2007. 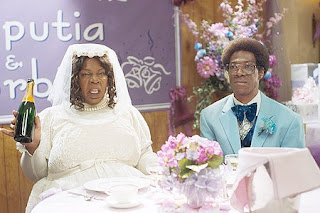 ions about encounters with Murphy dating back to the early 1980s.

Candace Watkins tell-all book also disappeared from the internet. Atisone Seiuli died in a mysterious fall from her apartment.