Rudolf Schmid was born in Volary, Sudetenland (now in the Czech Republic). He 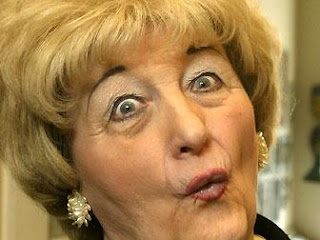 was into cross-dressing and singing and dancing from an early age. At the age of 17 he served in the Wehrmacht in Italy until invalided home with typhoid fever.

Like many Sudeten Germans, he fled from Czechoslovakia in 1945, in his case to Munich, where he started a career as a female-impersonator. Using the name Jeanette he was appearing at the Hansa Theatre in Hamburg when he was invited to Tehran by the Shah of Iran and his wife. However in Tehran, his act and costume was too saucy, and he substituted whistling a polka by Johann Strauss and Offenbach’s Barcarole.

The drag whistler under the name Baroness Lips von Lipstrill appeared with Sinatra, Piaf and Dietrich.

Schmid lived for 15 years in Cairo, where he became a woman in 1964, with surgery by Ludwig Levy-Lenz, who had previously worked with Magnus Hirschfeld, and had done the genital surgery on Dörchen Richter in 1932.

Jeanette then moved to Vienna where whistling is an established art.

She was rediscovered in the 1980s by director Andre Heller, and then toured Europe and played Broadway.

Austrian decoration of Merit in Gold, 2004.

She died of the flu.

She can be seen in the documentary film Bellaria - So lange wir leben!, 2002, about a cinema in Vienna which shows old German films.