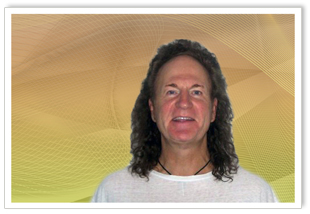 
The first problem is the title. Very few trans women (a term that Ekins does not use) will relate to being described as 'male femalers' as Ekins does throughout the book. Fortunately his attempt at new jargon has not caught on.

As one expects from the title, there is nothing in this book about trans men. The reader may not realize until the very next-to-last page that Ekins has excluded gay (ie androphilic) trans women. He give the contradictory reasons that "the material is sparse" and that "gay studies literature is a vast one". This slant should have been announced at the beginning of the book. This exclusion is all the more dubious in that some of his data wanders into the area where the definition of 'heterosexuality' breaks down, that is when an avowed heterosexual male has sex with another as long as either one of them is cross-dressed.

The second problem is the price of the book. The book is short: 166 pages + 19 pages of notes, bibliography and index. The official price of £85.50 (hardback) £25.99 (paperback) is excessive. Presumably they expected only libraries to buy it.

Richard Ekins is Professor of Sociology and Cultural Studies at the University of Ulster at Coleraine in County Derry. He spent 17 years hanging out with various groups of 'male femalers' before writing the book. Most of the UK transy groups are mentioned with the conspicuous exception of Press for Change, even though it started in 1993 and he wrote his book in 1997.

He never says that he actually cross-dressed himself, and therefore I assume that he did not. Many cross-dressers are only too happy to have a male escort and that I assume is what he did. Participant observation is a well established tradition and a very useful tool in Sociology. Two outstanding examples are Marek Kaminski (not the polar explorer) who explored the prison subculture in Poland whilst being a political prisoner in 1985, and Bill Bruford (not the drummer in King Crimson) who explored football hooliganism by running with such young men 1982-90, and was beaten up by the Italian Police as part of his research. So what is the big deal about wearing women's clothes that sociologists, not just Ekins, find that they cannot do it.

He presents three modes of femaling: body (as in transsexual changes), gender (emphasis on doing and passing) and erotic (self explanatory). He presents five phases that typically a femaler will go through: Beginning (often in childhood, the first time); Fantasying (sic) (he spends a lot of time on telephone sex-lines, but also pornography and the individual imagination); Doing (solitary, solo, dyadic or group); Constituting (the search for an explanation and maybe the adoption of a label) and Consolidating (a way of fitting femaling into one's life, e.g. by completing the transsexual change, by deciding not to change sex, but fitting into the transvestite subculture, or by finding an androgynous mix).

Under Constituting he needs examples of femalers who have ignored or have no access to common terms like 'transvestite' or 'transsexual' and invent their own terms. Despite the many persons he spoke to over the 17 years he has no example of such a person that he has met, and falls back on the Daniel Schreber case made famous by Sigmund Freud and discussed in countless books. This example is unnerving in that it is the only example in the book of a schizophrenic trans person. He should either have discussed schizophrenics elsewhere in the book or have not mentioned this one. Schizophrenic trans-ness is a topic of great interest, but it belongs in a different book. To bring it in just to fill one slot in his schema is not reasonable.

On p116-7 he presents Alan who starts on the transsexual path, and goes to a female psychiatrist who will not prescribe female hormones until he is living and working as a woman (as far too many psychiatrists do). Ekins interviewed the psychiatrist whom he calls Dr P. He tells us that he read her published work. I tried to identify her by looking under P in the bibliography, but that does not work. He presents her in a positive light as enabling transsexuals to accept themselves. He locates her position by suggesting two psychiatric approaches: the first co-operating with those who have proven that they can pass as a woman (as in Money and Randell), and the diagnosing approach that matches a patient against a theoretical framework (e.g. Stoller). She is in the former and better group. So why the anonymity? She is not a patient. However it is a false dichotomy. There are psychiatrists who will prescribe hormones to help one to begin to pass. His dichotomy is a cheat.

Generally the persons discussed remain anonymous except for a first name. However three cases are given in detail with full names. Pamela Bird, who has been featured on this site, was reported in The News of the World when arrested in 1949. There is no indication that Pamela was heterosexual (ie gynephilic), and so the reason for her story being repeated in this book is not at all clear. Gail Hill who was later on the board of Gender Trust is profiled, as is Phaedra Kelly, who runs the International Gender Transient Affinity. Gail and Phaedra are favourites of Ekins and appear elsewhere in his writings, much as Virginia Prince reappears often in the writing of Vern Bullough.

Another of Ekins theoretical distinctions is the interplay between scientific, member and common sense knowledge. That, and that his theoretical base is in grounded theory and symbolic interactionism, had lead me to expect a better book. What I am worried about is that perhaps this is the best that we can expect from an outsider. Books like Patrick Califia's Sex Changes or Kris Kirk's Men in Frocks do not have the theoretical gravitas, but they come across as understanding the issues so much better.

Ekins does suggest that his approach could also be applied to male maling, female femaling and female maling. Now that would be interesting. Is Ekins, or anybody else actually conducting such a study?