After college she worked as a business manager, and was also a competitive rower. In 1995 she was the bow rower of the first female crew to complete the 220 km Friesland Rowing Marathon. An accident shattering her upper right arm ended her rowing career.

In 1997 she gained a PhD in Dutch Literature. She also wrote several novels but was unable to get them published. 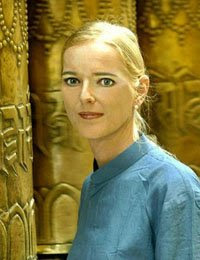 In 2000 after depression and considering suicide, she quit her job and went to live in Dharamsala, India with the Tibetans in exile. She became a Buddhist and took the name of Pantau (=to be helpful in Tibetan, and a small peach in Mandarin). In 2002 she took her Bodhisattva vows as a layperson.

She edited Lobsang Yonten’s The Fire of Hell: My Life under Chinese Rule, and be 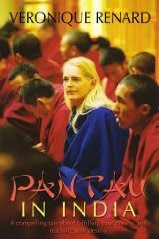 came involved in the Tibetan struggle. She published the book book Pantau in India, about living with the Tibetan refugees. After several phoned death threats, she was beaten by two thugs who knocked her unconscious and threw her off a remote mountain road. However she was found by monks who took her to the Tibetan hospital in Dharamsala. It took a year for her wounds to heal.

She then hid in a Tibetan settlement in south India. After seven years in India, she resettled in Thailand. She decided to come out of stealth living, and with the aid of Andrea James, published her autobiography where she talks about her gender change. She currently lives in Bangkok, and is married to a Chinese professor, Chan Hao.
www.pantau.org      www.pantau.blogspot.com     http://pantau2.blogspot.ca/
www.veroniquerenard.com    EN.Wikipedia.
Time: 21:02