Padman did a degree in Electrical Engineering in Melbourne, and then worked for two years in CISRO’s Radio-Physics Laboratory in Sydney. In 1977, he went to the then all-male St Johns College at Cambridge University because of the cutting edge radio-astronomy work at Cavendish Laboratory.

Soon after arrival he got a referral to John Randell at Charing Cross Hospital gender identity clinic, as an NHS patient. He was put on a prescription of oestrogens. He dressed androgynously but was not out. After 18 months he informed his PhD supervisor, and things went well. His parents visited in 1979, on a round-the-world trip after his father’s retirement, and he was able to tell of the coming change. He had intended to take the name, Susan, but there were two Susans in the lab. He woke up one morning feeling that Rachael was the right name.

Rachael changed her name by deed poll, in 1981, and she went full time at Easter on a trip back to Australia. She returned as female, and completed her PhD. She was the first female student at St Johns which was about to start admitting female students. She had surgery in Oct 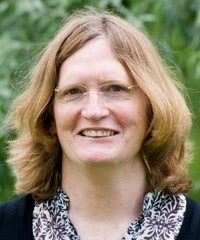 ober 1982 , and her PhD was approved while she was in hospital.

Six weeks later she left for a two-year fellowship at the University of California at Berkeley. In 1984 she returned to Cambridge.

In 1996 she was offered the position of Director of studies in physical sciences, Newnham College, the sole remaining all-female college at Cambridge. While the Governing Body, in general, knew that Rachael had been transsexual, her fellow Australian, Germaine Greer, was also a fellow of the college. Greer, who is known as an anti-transsexual activist, made a fuss about it, and the issue was in the newspapers. Almost all the other Fellows did support Rachael, and she is still there.