Born in Chichester, Sussex, Anthony Hegarty moved with his parents to Amsterdam in 1977, and California in 1981. In 1990, he moved to New York to do a degree in Experimental Theatre at New York University.


He co-founded a performance collective, Blacklips Performance Cult, which became Anthony and the Johnsons which is named in homage to Marsha P. Johnson. As a teenager Antony had followed gender ambiguous performers such as Marc Almond and Boy George. A recurring theme in his work is being transgender. He has expressed a desire to be a 'a transvestite chanteuse at 3am nightclubs bathed in blue light, like Isabella Rossellini in Blue Velvet'. His voice is androgynous and has been taken as that of a black woman. 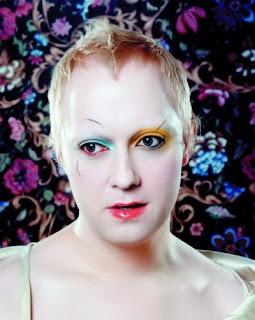 He has worked with Baby Dee and Julia Yasuda. He credits much of his success to Lou Reed’s patronage, which resulted in a signing to the Rough Trade label. He was in the Sebastian Lifshitz movie about a transexual, Wild Side, performing the song "I Fell in Love with a Dead Boy".

The group’s second album, I Am a Bird Now, 2005, has a cover photograph of Candy Darling on her death bed, and features excerpts from two children’s letters taken from a medical journal on intersex and sex change. It also contains “Free at Last” with the lyrics: 'One day I'll grow up and be a beautiful woman!'.   ++It also includes guest artists Boy George, Lou Reed and Rufus Wainwright.  The track "For Today I am a Boy" contains the lines: "One day I'll grow up, I'll be a beautiful girl. But for today I am a child, for today I am a boy".

In 2005 Antony and the Johnsons worked with film maker Charles Atlas and presented Turning in Europe featuring video portraits of enigmatic women in New York. Le Monde hailed it as "Concert- manifeste transsexuel".

In 2005, on the technicality of his British birth, I Am A Bird Now won the UK’s Mercury prize. The New Musical Express named him the fourth coolest person. 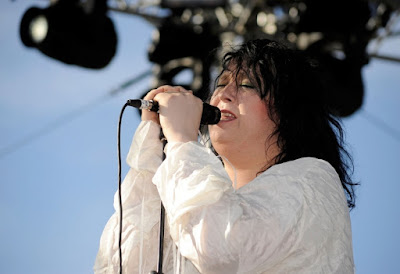 ++In 2015 she announced that her name would be Anohni.   In 2016 Anohni was nominated for an Academy Award for Best Original Song for “Manta Ray”, a collaboration with the composer  J Ralph, featured in the documentary Racing Extinction.  This makes her the first trans person to be nominated since Angela Morley won in 1974 and 1976, also for her music.    However unlike her co-nominees, Sam Smith, Lady Gaga and the Weeknd, Anohni was not invited to perform at the ceremony, although some non-nominees were so invited.   The South Korean soprano Sumi Jo was likewise snubbed under the pretense of not being "commercially viable".

++Anahni has commented on her situation as trans:   "I am speaking out about my experiences but I can't speak for anyone else. Especially because my situation is ambiguous because I haven't transitioned from male to female.   My experience as a transgender person has been to become comfortable expressing my sense of difference within the identity of being trans. For a lot of people, that's not their experience at all. They don't want to be trans, they want to be the opposite sex. I have so much love for those people because their condition is very real. It's almost like a sacred condition. Kids experiencing that are in a sacred crisis. They have all these gifts that boys and girls don't have."