Vernon was born and grew up in Walsall, West Midlands, the son of an electrical engineer. He qualified as a doctor 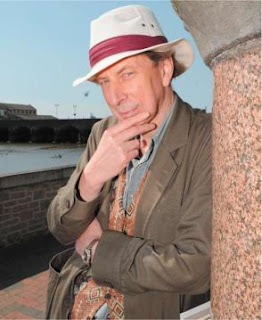 and was a general practitioner in Leamington Spa for a decade, but rebelled against the form-filling.


His first book, The Medicine Men, 1975, accused the National Health Service of being controlled by the drug companies. It was serialized in The Guardian. He has written for The Daily Star and The Sun, and had a regular column in The People. He met his second wife when she wrote to his column in The People.

He took up self-publishing when no-one would publish his novel written from the viewpoint of his cat – he has now sold over 50,000 copies of it. One of his best-sellers is How to Stop Your Doctor from Killing You. He has sold over two million copies of his 90 books.

He gave up his People column in 2003 when the editor would not publish his comments on the war in Iraq. He now lives in Devon, still using WordPerfect 5.1. He writes against medical malpractice, animal testing, the drug companies and vaccination. He is a vegan.

As this site is inclusive, we really do not relate to Coleman's separatism.

One is instantly suspicious of anyone who has published 90 books. How could he have found the time to do the relevant research for each one? This suspicion seems quite germain in his writings on crossdressing. He does not cite any other writers. One would expect him to at least mention Virginia Prince who was saying almost the same things over 40 years ago - but he does not.

He seems quite unaware of the biases that are introduced by the methods of selecting a sample.

His survey included the following question with the indicated percentage response:


Question asked: Why do you do it?

The issue of sexual arousal in crossdressing is contentious. It was certainly exaggerated by psychoanalysts who tried to define the sexual arousal as a a central trait. Many of us have rejected this on the simple grounds that one cannot pass if one is aroused. However how can Coleman report that 59% of his respondents say that they crossdress "Because it gives me a sexual kick", and then conclude


"The second well-established myth about transvestites is that men who wear the sort of clothes normally worn by women do so because they get a sexual thrill out of it. This absurd piece of nonsense was created by doctors who couldn't understand why else men would want to put on dresses. Despite the fact that there is not and never has been any evidence to support this theory many psychiatrists, doctors, psychologists and social workers still believe it."

His own survey is one of the strongest pieces of evidence for what he calls a myth.

There is a transsexual site by Leyla that reproduces two of Coleman's pages, but does not explain why she thinks that he is the person to best explain transsexuality.
Time: 16:34