Tommy Dorsey grew up in Santa 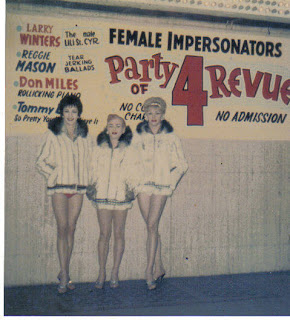 Barbara, California, the eldest son of Catholic parents. He came out as gay while in the US navy, and on being discovered he and his lover were given an Undesirable Discharge under Honorable Conditions.

In San Francisco in the early 1950s he got into doing drugs including heroin, and some transvestitic hustling. He became a stage female impersonator using the name Tommy Dee, and at this date one of the very few to have grown his own hair long. He was billed as ‘the boy who looks like the girl next door’, and his major performance was of ‘Hard-Hearted Hanna’.

He toured over most of the United States and Canada in this role. In 1962 he was the only survivor of a car-full of drag queens that crashed on route from New York to Rochester 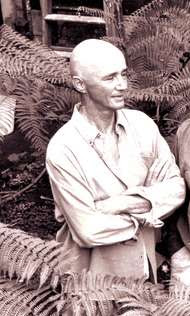 , although he suffered medical problems from it in later years.

In the late 1960s he began exploring Buddhism at the San Francisco Zen Center. He was ordained as a priest with the name Issan Dainei ('One Mountain, Great Peace). He was known as a priest particularly open to persons living on the margin. He worked with a soup kitchen, and was one of the key founders of the Hartford Street Zen Center in the gay Castro District in 1981.

His work with AIDS patients in the 1980s grew into an AIDS hospice. He died of AIDS-related complications.