William Hammond was raised in Pennsylvania, and took an MD from the University of the City of N 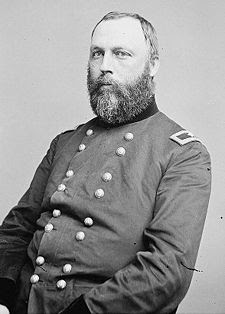 ew York in 1848. The next year he became a surgeon in the US Army until 1860 when he accepted the chair of anatomy and physiology at the University of Maryland. In 1857 he won a medical prize for an essay on Albumen used as a food.

He rejoined the Union Army in the US Civil War and rose to be Surgeon General. After the army, he moved to New York, and became professor of nervous and mental diseases at Bellevue Medical College in 1867. In 1874 he founded the American Neurological Association.

In 1882 Hammond delivered a paper to the American Neurological Association on the ‘disease’ that makes men think that they are women, giving examples from Native American tribes.

Hammond suggested that homosexual patients be "cauterized (at) the nape of the neck and the lower dorsal and lumbar regions" every 10 days.