Is it Paul O' Grady, or is it Lily Savage, who got an MBE in the the Queen's birthday hon 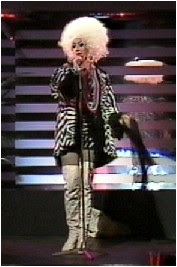 Paul O’Grady was born in Birkenhead, Merseyside. As a young adult Paul fathered a daughter with a female lover, and married a Portuguese lesbian in a marriage of convenience. Later he was openly gay.

In 1977 he worked as a waiter in a brothel in Manila, and came back with the concept of Lily Savage. In the early 1980s Lily played gay clubs and pubs and did an eight-year residency at The Royal Vauxhall Tavern in London. She also appeared in double and treble acts and appeared across Europe. She was nominated for a Perrier Award at The Edinburgh Festival.

From there she appeared on ITV daytime programmes, and then her own comedy shows, on both BBC and ITV. She has also done pantomime, and played a recurring prostitute snout called Roxanne in several episodes 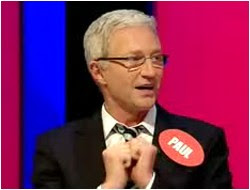 of the police serial, The Bill, listed as her male persona, Paul Savage.

Paul lived for 20 years with his lover, Brendan Murphy, until the latter’s death in 2005. From 2000 on, Paul O’Grady has increasingly appeared, first in travelogues, in a BBC sitcom, and then with The Paul O’Grady Show. He announced that Lily had retired to a convent in Brittany - but she keeps escaping.

His daughter is married, and has made him a grandfather.