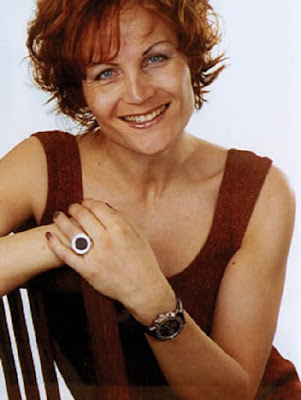 nn was born in Memmingen, (map) West Germany. He was adopted by a Swiss couple in 1975. He trained in hotel management.

From 1988-93 he was a travestie-dancer in Geneva, Berlin and Basel. In 1994 he was a steward on luxury yachts in the Mediterranean. Then he ran a sandwich business in Tauranga, New Zealand for a year, then returned to Switzerland as a butler to a woman billionaire.

Christian transitioned to Nadia with 14 operations in 1998. The health-insurance cost of these operations was reported in the press. She has published two books, been the subject of a television documentary, and has become a performer.