Zelda was raised in New York City, and did a BA at New Jersey College for Women (now part of Rutgers University).

For 17 years she was editor and researcher of True Story, True Detective and Master Detective Magazine.  She was a consulting sexologist, an hypnotist and one of the first to do past-life regressing, and was interested in all kinds of health and psychic phenomena. 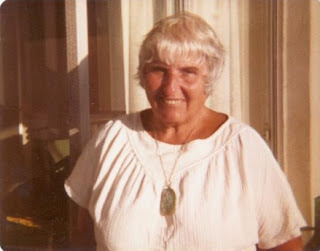 In 1965, after Reed Erickson had founded the Erickson Educational Foundation (EEF), he hired Zelda to run it. From her office in New York she and lesbian feminist activist Phyllis Saperstein (they had met in a nudist camp) managed the daily operations, and the contacts with transsexuals who asked for help. Erickson made the final decisions about who and what he funded, but spent much of his time in Baton Rouge and then Mexico with his family.

In 1969 EEF and the Albany Trust co-sponsored a symposium, “The First International Congress on Gender Identity" in London.  Zelda was the co-ordinator. In 1971 she was part of the First National Conference on Religion and the Homosexual, which took part in New York, and several time attended police conventions where EEF pamphlets were distributed.  She compiled the EEF newsletter 1969-76 which reported the ongoing dialogue between EEF, trans people and associated professionals.  In 1971 EEF sponsored production of a 28-minute docuentary, I am Not This Body, which featured a discussion in the EEF office between Zelda, Leo Wollman, two trans women and actress Pamela Lincoln (who was purportedly seeking information about transsexuals).

Also around that time Zelda introduced Doris Wishman, whom she had known since Diary of a Nudist, to Leo Wollman, which resulted in the film Adam or Eve, 1971, which was later recut with additional footage and finally released as Let Me Die a Woman, 1978.

Zelda was also Erickson's contact with psychic research and healing. In 1971 her apartment was the location for pioneering infrared photography of psychic energy.  In 1976 she was given a pre-publication copy of the book, A Course in Miracles, which she passed on to Reed who financed its printing.

Zelda was the public face of EEF until it closed in 1977.

In 1983 she moved to Los Angeles to handle Erickson's dealings with ONE Inc..

Zelda introduced Suzanne Kessler and Wendy McKenna to some of the transsexuals whom they interviewed for their book, Gender: An Ethnomethodological Approach, 1985.

After EEF, she moved to Galveston to start the Janus Information Facility (JIF) with Paul Walker who was a co-founder of HBIGDA.

This clip is of Zelda, using the pseudonym Yolande Reed, when she appeared on What's My Line in 1953.