By her 30s, Nicole in Tennessee had been living as female for many years, was generally accepted by her family with whom she still lived, and had spent $15,000 on breast enhancements, but could not afford genital surgery.

Her aunt, Billie Jean, then 60, had married a Michigan millionaire, Don Rogers, who had made his money in car parts. Billie Jean offered that Nicole should come and visit in Troy, Michigan. Don also openly welcomed her.

Nicole and Billie Jean lived an expensive life, often in the casinos in Detroit. Billie Jean lost tens of thousands of dollars gambling. This led her husband to berate her and to threaten divorce. Don, who was 74, drank seriously, both in public and at home before bed. 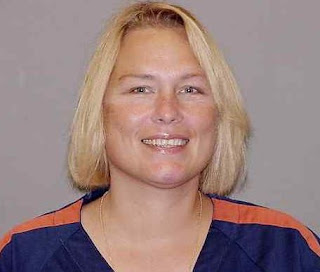 In the late evening of August 12, 2000, Don was passed out on the floor, next to his bed. The two women returned home, and called the emergency services, but he was found to be dead. The police report listed his death as asphyxiation, a fatal side-effect of alcohol poisoning. He had a blood-alcohol count of .44. This was highly plausible, and he was quickly cremated. Billie Jean gave Nicole a new car and $70,000, and Nicole moved to Chicago.

Nicole had a sort-of boyfriend, and she confessed to him that she had poured vodka down Don’s throat and that Billie Jean had suffocated him with a pillow. Billie Jean, she said, had offered $100,000 for her co-operation. She also mentioned that she had been born male, and was still pre-op. The boyfriend demanded that she strip to prove the last point. The boyfriend went to the police, and they had him wear a wire and record Nicole repeating the claims. Nicole was arrested and extradited to Michigan in January 2001.

The only evidence against Billie Jean was Nicole’s account, and she was not arrested until June. Nicole’s first attorney obtained a plea bargain that she would be charged with manslaughter rather than first-degree felony murder in exchange for her testimony – this on the expectation of 7-15 years in prison. However while awaiting trial, a sheriff’s deputy advised that she should not plead guilty if she did not believe herself to be guilty. Apparently Nicole did not understand the concept of felony murder where an accomplice can be guilty even without harming the victim. She then got a new attorney who attempted to negotiate for a lower sentence, but without success. Titlow then withdrew her plea and her testimony, and Billie Jean Rogers was acquitted and released.

This left Nicole as the only accused. She was tried for second-degree murder, convicted and sentenced to 20-40 years.

Titlow appealed citing bad advice and counsel from her second lawyer. She lost her appeal in the State and District Courts, but won in the Appeals Court. It found that Titlow’s decision to withdraw her plea and testimony was based on the offered sentence being much higher than Michigan’s guidelines for second-degree murder. Also there was no indication that the lawyer had informed Titlow of the consequences of withdrawing her plea. The Court ordered that the case be remanded and that the prosecution reoffer the original plea bargain, or that she be released.

Michigan then appealed and the case went to the US Supreme Court, which ruled that as the defendant adamantly asserted her innocence, the plea withdrawal was reasonable.

Nicole is serving her time in a men’s prison, and has been deprived of female hormones. Her health deteriorated to the point that her breasts were bleeding. She was taken to hospital for a double mastectomy, but refused the reconstruction that a woman would normally receive after such an operation.

However Nicole’s attorney managed to get her moved to a different prison which has a history of taking care of transgender prisoners.

Email ThisBlogThis!Share to TwitterShare to FacebookShare to Pinterest
Labels: convicted of murder, inmate