SHAFT, run by Judy Cousins, sculptor and golfer, was the major UK group for transsexuals during the 1980s.

Lewen Tugwell was born in Tallital, Nainital, India, and was later a Major in the British Indian Army. With his wife Joan, he had two daughters and a son.

Lewen was a professional sculptor of life and abstract pieces, based in Farnham and Sunninghill.  He was noted for his concave bust of Shakespeare whose eyes followed you around the room, and for a bust of Denis Thatcher (husband of you know).  He exhibited at the Royal Academy three times. 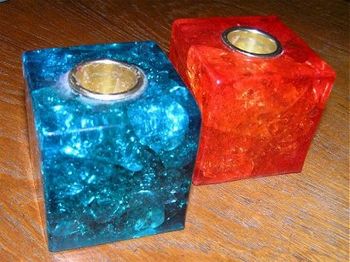 He experimented with cast polyester resin, and found that with the right temperature and amounts a crazing or internal shattering could be created.  He patented the process and registered Shattaline Ltd.  His wife, Joan, was the business manager.

In 1969 new partners joined, and the firm moved first to Woking and then to the Cromarty Firth area of Scotland.  Manufacture of Shattaline was discontinued a few years later because of the inflated price of polyester resin, and the disappearance of Lewen.

He was reported as 'missing, presumed dead'  in the Farmham Herald in March 1971.  This was to  spare the family the truth that Lewen had become Judy Cousins, but it generated newspaper stories and she was traced. At a time when there was almost no support for families, it took a few years for them to adjust.

Judy established SHAFT (Self-Help Association For Transsexuals) in 1980 and ran it for many years. It was the major UK group for transsexuals for the next decade.

Richard Ekins became the SHAFT librarian, and SHAFT made a foundation deposit to the Trans-Gender Archive in 1986.  Rachael Webb was in SHAFT for a short while but she and Judy did not get along.

Judy began teaching sculpture.  Her most prominent student was the German artist Christa Hunter, with whom she shared a studio for several years.

In 1989 SHAFT was re-organized as The Gender Dysphoria Trust, with Charitable Status.  Judy was Non-Executive President

Both as Lewen and Judy she was an active golfer. Judy was a member of Stoke Poges Club in Buckinghamshire and rose into the higher ranks of women's amateur golf.

She died of Parkinson's disease at age 75

Liz Hodgkinson’s book is dedicated to Judy, but never discusses her in any detail.

Apparently Judy was quite insensitive to the other meanings of the word ‘shaft’.

It is amazing how quickly Judy and SHAFT have disappeared from the record.   SHAFT was the major UK group for transsexuals before Press For Change.

Persons who visited both London and Toronto in the 1980s commented how much Judy Cousins and Susan Huxford had in common: they both were in the British Army in India, they had similar conservative attitudes and opinions, and both ran major transsexual groups.
Time: 06:43