Ugo Gabriele was raised in Naples, and with family connections became part of the Camorra crime family. As Ketty she adhered to the Naples tradition of a Femminiello. 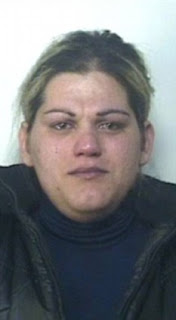 She worked the Piazza Municipio, the station area, Corso Umberto, Corso Vittorio Emanuele or the avenues of Agnano and Fuorigrotta, nominally a sex worker, but she also supplied cocaine to her
customers.

After a gang war, and with the arrest and conviction of Camorra boss Paulo Di Lauro in 2005, her brother, Salvatore, became a regional boss, and he turned to Ketty to run things at Scampia, where police reckon that the drug trade grosses €500,000 a day.

She in turn was arrested in February 2009.
EN.WIKIPEDIA