Mike Sortino was born in Phoenix, Arizona, a child of session musician Ron Dobbins, and great grandchild of Ida Mae Bell and Bryan Wald Owen, touring musicians in the 1930s and ‘40s.

He was first known as a child on Phoenix radio KARZ. He directed and starred in several short films during school and college.

Mike was one of the editors of the parody newspaper, The Loon News, 1983-4, which pioneered the fake news and satire that would later be taken up by The Onion.

Sortino acted sporadically in local commercials and art films, had bit parts in Just One of the Guys, 1985 and The Doors, 1991, and was also active in the Arizona music scene in the late 1980s, when starting to transition.

As Marie Brennon she issued several independent cassettes, and for much of her career her work was available only on these cassettes sold at shows, and through cassette subculture zines. Most of these cassettes were customized and virtually no two are identical. 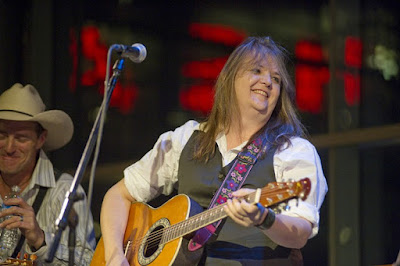 In the 1990s Marie lived and performed in San Francisco and later Seattle and recorded independent CDs. She was a pioneer in the MP3 format, and released songs on the original MP3.com. She also records as Kit Kelley.

In 2000 she directed a film about her great-grandmother, Ida Mae Owen who was then a 99-year old basketball star. She has since won various awards at art film festivals.

* Not Caitlin Brennon the novelist who writes about horses, nor the Irish singer Marie Brennan.
IMDB      EN.Wikipedia