Eugenia Falleni was born in Florence, Italy, the eldest of 22 children, 17 of whom survived, and moved with her parents to New Zealand about 1877.

Eugenia frequently ran away as a teenager and sought employment in brickyards and other places where he dressed as a boy. He worked on a ship, but his original gender was discovered and he was put ashore at Newcastle, NSW with a baby girl, whom he called Josephine. He found adoptive parents for the girl, and continued under the persona of Harry Crawford. 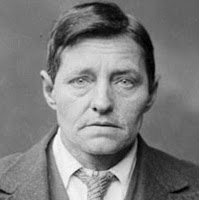 Harry worked at manual jobs in Sydney: in a meat factory, hotels, laundries, a rubber company, and as a servant. In 1910 he was a yardman and driver when he met Annie Birkett, a widow with a nine-year-old son, also Harry. They married in 1913 at a Methodist parsonage.

They quarrelled loudly, to the notice of the neighbours, especially after Crawford’s daughter, Josephine, came to live with them. In 1917 Annie was apparently threatening to reveal his deception. Harry and Annie celebrated the Eight-Hour-Day holiday with a picnic, but Annie did not return home. Crawford claimed that his wife had left him.

Josephine moved out, and Crawford and his stepson moved to inner Sydney. In October the police found a charred female body in bush land, but the inquest ruled that the cracks in the skull were consistent with being drunk and accidentally burnt after sleeping by a camp fire. In 1919, Harry Crawford remarried.

In 1920, Harry Birkett went with his aunt to report his mother’s disappearance to the police, who then identified the charred body they had found in 1917, and arrested Crawford. He asked to be held in the women’s cells. Crawford, indicted as Eugenia Falleni, dressed as a man for the preliminary hearing, but as a woman for the trial.

The senior crown prosecutor accused him of murder to hide ‘her sex fraud', and called 28 witnesses. The government medical officer played down the possibility of the accused being an invert in that she had given birth to a child. The conclusion of the prosecution’s case was the display of Falleni’s dildo. The defence, a junior barrister allocated by the crown, argued that Falleni was innocent, that he cross-dressed in that he was a ‘congenital invert’ and not a’ sex fraud’, but called only one witness. He produced and cited Eugene Talbot, Degeneracy: Its Causes, Signs and Results, 1898, in an attempt to get the medical officer to concede that the accused was a congenital invert. The judge asked the defence if he were ‘setting up insanity, or not?’

In his summing up, the judge reminded the jury of the ‘the imposition that had been practised’, summarized the prosecution case, and hardly mentioned the defence’s contention that the accused was a congenital invert. The jury of twelve men took two hours to reach a verdict of guilty, and Falleni was sentenced to death, but the sentence was commuted to detainment at the Governor’s Pleasure. An application for leave to appeal the conviction and sentence was dismissed by the Court of Criminal Appeal.

The press referred to Falleni as a ‘man-woman’ and published only masculine photographs.

Falleni served 11 years and was released in 1931. She lived as a woman, possibly as a condition of parole, using the name Jean Ford. She ran a boarding house in Paddington, Sydney until 1938 when she was fatally struck by a motorcar.

Crawford is the subject of a film, I, Eugenia, 1998 by Gabrielle Finnane, and a play Eugenia, 2007 by Larae Parry.

Ruth Ford: “Although she was on trial for murder, she was also effectively on trial – both in the courtroom and in the press – for her gender-crossing, and for his subsequent marriages and sexual relationships with women. Newspaper headlines focused predominantly on her gender-crossing and her marriages, and depicted the alleged murder almost as a secondary offence. (p159)”

Did Crawford actually kill his wife?  The prosecution’s case was that he did so to prevent being outed.  However Annie seems to have known eight months before her disappearance at the latest, and Josephine, and to a lesser extent the women in the Italian community, had known all along.  The corpse in question had been ruled an accidental death, with a change of mind only when a body was needed for this case.   On the other hand, Annie was never seen again, and Crawford behaved as a widower when he took a second wife.

Crawford/Falleni served his time in a women’s prison.  He did not revert to male on release.   However it is likely that this was a condition of the parole.  Also he was known to the public, and having been imprisoned, he was unwilling to risk it again.

Of course, in 1920 and again in 1931, there was no transgender community to complain about stereotypes in the press and to offer support.

A cis male, tried for a domestic murder in 1920, would likely have been charged with manslaughter.
Time: 06:06