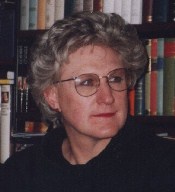 Oliver Jensen did his BSc, MSc and PhD at the University of British Columbia. He became professor in the Earth and Planetary Sciences department at the McGill University in Montréal. He also married and had two children.

After five years of careful consideration, Oliver transitioned to Olivia in 1989, through the Clarke Institute of Psychiatry (now CAMH) in Toronto.

She is still teaching at McGill.