Adele had surgery in Egypt in 1976.  Probably that was at the clinic of Hirschfeld's colleague Ludwig Levy-Lenz who fled from the Nazis and started a practice there in 1939, although Levy-Lenz had died earlier.

Adele worked as a prostitute in St Kilda, Melbourne, where she was arrested by police detective Denis Tanner. 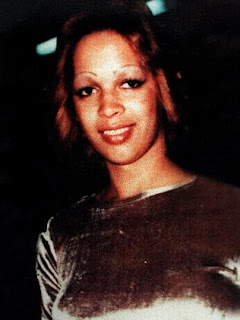 In 1978 she moved to Bonnie Doon (map), 115 km away. She wrote to her sister that she was having an affair with Denis Tanner, and that she was afraid about a court case where she was to give evidence against an undercover policeman. She then disappeared.

In 1984, Jennifer Tanner of Bonnie Doon, Denis Tanner’s sister-in-law, was shot twice in the head, and in both hands, using a rifle that needed reloading. The police initially declared it to be suicide.

The coroner delivered an open finding, and criticized the police investigation. In 1988 Tanner was promoted to sergeant. In 1990 he was taken off the drug squad after allegations that he leaked information.

In 1995, seventeen years after her disappearance, Adele’s skeleton was found in a deserted mineshaft near Tanner’s property. Later the same year, Tanner’s farmhouse was burnt down. The police and others assumed a link between the two killings, and Denis Tanner was the only person who knew both women.

In 1998 a new coroner found that Tanner had killed Jennifer. The Office of Public Prosecutions did not proceed against Tanner on the grounds of insufficient evidence. In 1999 allegations were made that Tanner had had an improper relationship with Adele Bailey, but the coroner was unable to make a finding, and later Tanner resigned from the force.

That year the State of Victoria offered $50,000 for further information, and in 2005 upped the offer to $1 million.

In 2010, 32 years after the murder of Adele, there was a breakthrough in the investigation. Evidence was given to the Office of Police Integrity that Adele was at a party with several police officers and performed sex on one of them (not Denis Tanner).  He later that evening found out that she was transsexual, went berserk and beat her to death.  The other officers present covered it up.


*Denis Tanner is not the character in Coronation Street.

The press articles simply describe Adele as a 'transsexual prostitute' and give no further details. Given the prurient interest in trans women in other murder stories, this is no small mercy, but one does wonder how she went from being arrested to being a witness in a bigger case.


Furthermore, why would a small-town copper be arresting a 'prostitute' in the big city? St Kilda was not his manor.


The press interest is mainly in the other victim, Jennifer Tanner, and this is reasonable given that she was a local in a village of 755, and of course how do you commit suicide by shooting both hands and then twice in the head, or was it the other way around?

Video from the Herald Sun.