Jerry was cross-dressing with neighborhood girls from the age of three. At that age his father said how much cuter Jerry was as a girl. Jerry kept dressing in his mother’s clothes, and at 17 was badly beaten when his father found out. Jerry told his mother while being cross-dressed, but she never mentioned it again.

He joined the US Navy after highschool, and after 18 months told the base psychiatrist of his yearnings, and was quickly discharged.

He went to college and found a woman to marry. He told her of his cross-dressing before the wedding, and she stayed with him. After college he trained as a pastor, although his attitude to his god was ambivalent. He mixed crossdressing, including going out to malls as femme with his pastoral duties. His femme name was Jennifer Leach, the name his parents had picked when they were hoping for a girl. 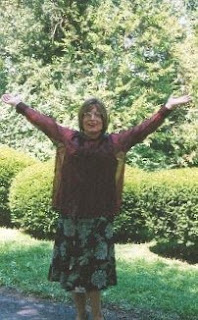 All this strained his relationship with his wife and two children. In the late 1980s, they tried a separation. Jennifer found a sympathetic therapist and started taking female hormones, and was accepted to go forward to surgery after lying that she was divorced, that she was living and working fulltime as female and had found a boyfriend.

However Jerry was still reverting to male and living with his family. He felt guilty about what he was doing to his family, and, after paying the surgery fees, was on the verge of shooting himself, when he had a religious experience.

He then sought out Christian counselors and put his transvestity behind him. He joined Crossover in 1988.

Leach runs Reality Resources, founded 1999, the only US Christian organization to advertise therapy that will "heal" transgender people. This is where Focus on the Family and Exodus direct their trans clients. Judy/Josef Kirchner wrote for Reality Resources for a while. Leach denies that there is any genetic aspect to transsexuality or transvestity and attributes them to psychological trauma experienced in early childhood, partly following the books by Elizabeth Moberly.

He claims to have worked with over 1600 transgender persons in the last 25 years. He claims a 100% success rate in ‘curing’ any trans person who continues to work with him for over four years. This requires weekly visits at $85 a time.


Most of the above is taken from Leach's interview with David Foster on the Mastering Life site. However I do recommend the TransChristian pages on Leach. They subject his various writings and interviews to a close reading, and find lots of inconsistencies. Note that Leach is very coy about where he was educated. Thus his professional qualifications are not confirmed. He is not qualified as a psychologist. There has been mention in the past of PhD but that claim has disappeared.
Time: 16:57