Jason McAuliffe was born in Hackney, the third of four sons. Five years later, the parents abandoned their children.

Jason and one brother were raised by a two head teachers in Hertfordshire. 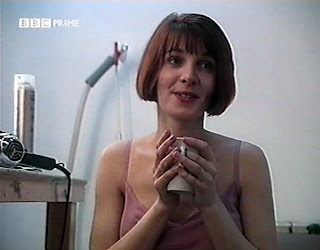 Jason learned to play piano and violin, but felt different at school where he was often beaten up.


'It's like a jigsaw. You're trying to build up the picture except when I made my jigsaw, there was no picture. It's very difficult for other people to understand why you might feel like a woman, because it's bigger than anything and it takes over your life and the loneliness and isolation were horrid.'

He left home at 17 and at 20 had his first appointment at Charing Cross Hospital gender identity clinic, but still had to wait three more years. She was living as Jackie from 1993, and had surgery through the National Health Service in 1995.

Also wanting breast augmentation and facial surgery, Jackie then worked for three years as a prostitute. She was arrested and fined several times. She was working in Sussex Gardens, Paddington Green, but thinking of getting out, when a film crew arrived looking for 'interesting people' to be in a new docu-drama, and Jackie was chosen. The first episode of the program, Paddington Green was aired in December 1998. 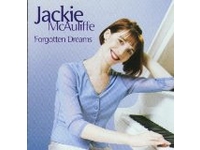 Jackie returned to playing piano and ignored the increased traffic at her old corner in Paddington Green. In January 1999 she was interviewed on The Heaven and Earth Show on BBC1 and some weeks later was invited by Decca to record an album of piano music, Forgotten Dreams, which was released that November, and went to number 14 in the UK charts, which netted royalties for her of £8,000.


"Everyone thinks I've got it made after being on tv, but I'm on the dole and broke ... Sometimes I'm tempted to be a hooker again".

In August she was featured in a panel discussion Genetically Modified Fame at the Guardian Edinburgh International Television Festival. She received hundreds of letters, many from other transsexuals.


"But I didn't reply to them. I'm not counsellor or a transsexual martyr or a propagandist. There's much more to me than being a transsexual. It's about me being a human being. Being Jackie."

Shortly after Jackie stopped working Sussex Gardens, a cis prostitute, Amanda Walker, was picked up at the same spot and brutally murdered by David Smith.