Facial Feminization Surgery is sometimes said to have been developed by surgeon Douglas Ousterhout in 1982.   Of course transsexuals had surgery to change their appearance before that date, although perhaps not in so systematic an approach.   It was then referred to by the more general term "plastic surgery" but also as "facial contouring".    Rhinoplasty (nose jobs) were the most common such operation.  The same plastic surgeons often also did breast enhancements.  Here are two New York surgeons who worked in this field. 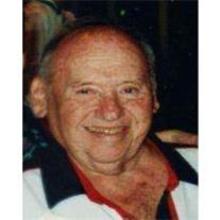 Felix Shiffman was born in New York City, served in the US Army, earned a dental degree at New York University and a medical degree from Hadassah University in Tel Aviv. He practiced cosmetic surgery for over forty years from 1954 in New York City, and also owned an art gallery. He advertised his services to transsexual patients, particularly in New York Magazine, and was known for his rhinoplasties.


In 1974 Luis Suria, then aged 45, was in transition to female.  She was an unlicensed school teacher, who had not worked steadily since 1961, but held sporadic employment as a commercial artist.  She visited Drs Shiffman and Rish, mainly the former, in June/July 1974 and again in December 1974 and underwent injections of free silicone to acquire female breasts. By March 1975 Suria’s breasts were sore and she returned for treatment from Dr Shiffman, who referred her to Dr Dhaliwal who performed a bilateral subcutaneous mastectomy.  Suria, shocked by the severity of the resulting wounds, checked out of the hospital against medical advice, and later developed a wound site infection which required another operation.

Meanwhile, in 1980 Dr Shiffman was advertising: “Specializing in Cosmetic Surgery and Facial Contouring for Transsexuals”. New York Magazine reported that his receptionist was giving quotes for silicone shots at $120 to $240 a unit, but when the magazine spoke to Shiffman, he denied doing silicone shots.

Luis Suria, having abandoned transition, became a born-again Christian, and, with psychiatric help, returned to being “a regular man”.  He sued for malpractice and the case Luis Suria v. Felix Shiffman et al came to court in 1983. The plaintiff argued that Shiffman committed malpractice when he injected silicone into Suria's breasts in July and December 1974, that Dhaliwal committed malpractice in the performance of the mastectomy, and that Dhaliwal had improperly failed to obtain informed consent for the procedure. Suria maintained that consent was given for "incision and drainage” but not for a mastectomy. In contention Shiffman claimed that he did not treat the patient until December 1976, and that “symptoms were caused by injections of mineral oil administered by a transsexual friend”.

Both Dhaliwal and Suria appealed, objecting to the direction of a verdict in favor of Shiffman. Dhaliwal argued that he was a "successive tort-feasor" (a person who commits a second tort against the same previously injured party) and should not be held responsible for the entire damage award. The verdict against Shiffman was reinstated.

Suria talked of writing a book to help “those who are confused about their sexual orientation” (sic).   His final award was $600,000.

In later years Dr Shiffman specialized in liposculpture, and as late as 1999, Shiffman was still doing breast augmentations.

In March 2000 Shiffman pleaded no contest to “practicing fraudulently; filing a false report; practicing with negligence and incompetence on more than one occasion and failing to maintain accurate records”, and surrended his medical license.

In 2001 Shiffman retired to Ormand Beach, Florida. In September 2003 he was involved in a car accident where a man pushing a motorcycle was killed. He died at age 79 shortly afterwards.
Obituary

Peter Freis was a plastic surgeon on Park Avenue, New York in the 1970s. He advertised in New York Magazine, and did facial work and breast implants for mtf transsexuals.

He is said to have practiced 'closed capsulotomy' to break the capsular contracture, a reaction to breast and other implants. This was just brute force, squeezing the breasts till the scar tissue split.

His last nurse was Robyn Arnold, the girlfriend who was charged with, but not convicted of, the murder of Diane Delia. Fries died, by happenstance, a few days after Delia was killed.
--------

While Wolfe mentioned “Freiss” in the magazine version of the Diane Delia story, he is not mentioned under either spelling in the reprint in her book The Professor and the Prostitute, and Other True Tales of Murder and Madness, 1987.
Time: 09:17