cratic Republic. He married and had 2 children.

To suppress his feelings of being a woman, he worked three jobs at once in addition to being politically active.

In 1996 he was elected Burgermeister in his native village of Quellendorf in Saxony-Anhalt, for the Party of Democratic Socialism. After he announced his intention to transition, the villagers voted 2-1 to dismiss him. 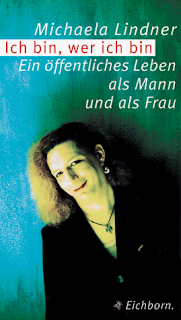 While "Quellendorf" can be translated as "native village", it is a real village in Saxony-Anhalt.
Time: 15:15

Email ThisBlogThis!Share to TwitterShare to FacebookShare to Pinterest
Labels: elected