As a child James was taken to the Good Samaritan Hospital in Lexington, Kentucky for an eye injury and left there.

He became friendly with the hospital superintendent, who provided a room. He began by delivering the hospital mail, and playing his ukulele for the patients. In his teens he learned the profession of orderly, and worked at the hospital as an orderly for the next 40 years. He was regarded as the best orderly at the hospital and trained new orderlies.

He eventually moved to a home in the black neighborhood close to the university, which he filled with antiques. Given that all of his working life was under segregation, he had a relatively good income for an African-American. He did various shades of drag, using the names ‘Sweet Evening Breeze’ and ‘Miss Sweets’, and was rumored to be a ‘hermaphrodite’. Sometimes his dress was a mix of male and female.


He frequented the local tearooms, and his home was a gay meeting place. He was one of the few older black gays to socialize in the white gay bar scene. His triumph was a drag show at the Woodland Auditorium where he was lowered from the ceiling in a basket and danced the ‘Passion Dance of the Bongo Bangoes’.

Around 1960 he and a teenaged drag, Leigh Angelique, were arrested for wearing makeup. They performed a mini-drag show for the guards, who tipped them, and spoke to the judge on their behalf. Sweets spoke up against the discrimination that women could wear make-up but men could not, and the case was dismissed.

He was active in the Pleasant Green Baptist Church and left it a bequest in his will. The Imperial Court of Kentucky named its highest award the James Herndon Award, and the 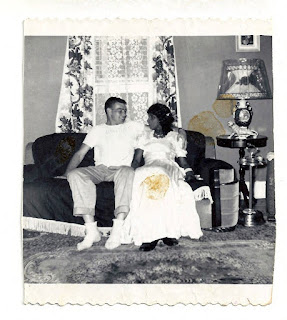 Lexington Men’s Chorus named its singing ensemble Sweet Evening Breeze in his honor. He appears as a character in Cormac McCarthy's novel Suttree, 1979.

*Not the California teacher and writer, nor the media psychologist, nor the gospel singer. 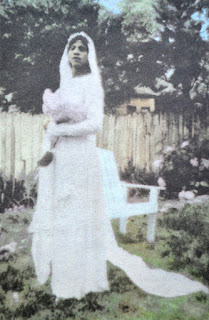