Demet was born in Yalova. She has been a trans activist since 1980 when she was jailed after the 1980 military coup. She was jailed again in 1982, and again with torture in 1 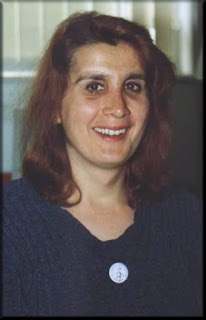 991. She was also arrested many times while working as a prostitute.

She established the first sexual minorities’ commission within the (Turkish) Human Rights Organization. She took part in the successful campaigns against article 159, which prevented married women working without their husbands’ consent, and article 438, which decreases the punishment by one third in cases where the female victim is a prostitute.

She was the first trans woman and the first person considered a prisoner of conscience by Amnesty International because of “sexual orientation”. She completed transition in 1996.

On returning to Turkey after receiving the award, she was re-arrested within hours when she tried to help a young girl who was being beaten by police officers for selling handerchiefs to help a transgender workshop.

She was a local government candidate in 1999 election.