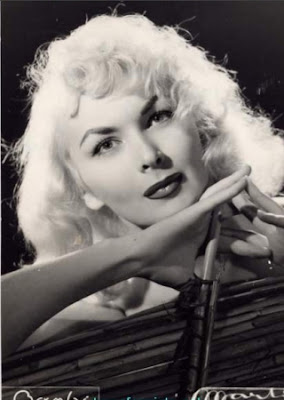 Jean-Pierre Pruvot was born in Ysser, a suburb of Algiers. At 16 Jean-Pierre attended a touring version of La Carrousel in Algiers. At 18 (the minimum legal age) he became Bambi and appeared at Chez Madame Arthur in Paris, and a year later at La Carrousel. She shared a home with Coccinelle. She became a star when Coccinelle went on tour.

She transitioned 1960 with the same surgeon, Georges Burou in Casablanca, that Cocinelle had gone to two years previously. She had to return to Algiers during the troubles to get her birth certificate re-issued, but the Algerian certificate was recognised in France without problems.

She played minor roles in a couple of long-forgotten films.
In her 30s, she returned to school, while still performing at La Carrousel, and qualified t 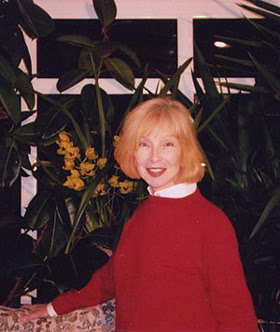 o attend Sorbonne University. She earned an arts degree, a masters with a thesis on the novels of Marcel Proust, and a teaching certificate. She then became a high-school teacher of literature in Cherbourg, and later near Paris. She stayed in teaching for 25 years, and was awarded the Palmes Academiques. Her past as a performer never came out during her teaching career.

Here is a photograph of a reunion of Bambi, Coccinelle and April Ashley in 2005. The man is Thierry Wilson, Coccinelle's third husband. 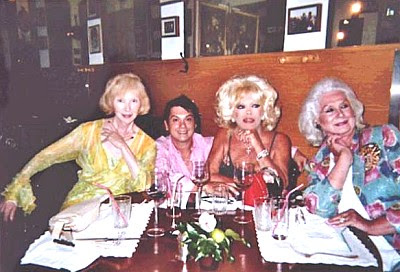