Alessandro di Sanzo was born in Gattico, Piermont, but later the family moved to Rome.

di Sanzo was an apprentice hairdresser when recruited by an agency to audition to play a trans teenager in reform school in Mery per sempre (Forever Mary), 1989. di Sanzo was chosen, and again played the same part in the sequel, Ragazzi fuori, 1990, and then played variations on similar characters even after she herself transitioned.

Alessandra also acted on the stage, and recorded songs.

In 1994 she was hired by the fashion designer Egon von Furstenberg and had to walk the catwalk in a bridal dress. The Church took umbrage as she is a known transsexual, however the event provided publicity. 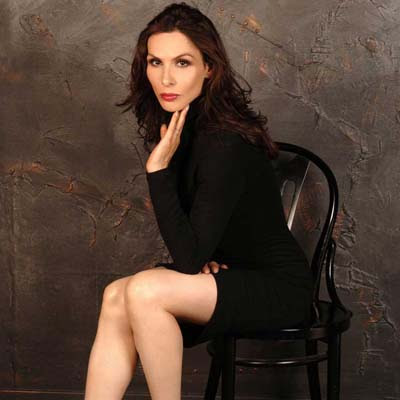 More recently Alessandra has been living in Bologna with her brother doing voice dubbing on cartoons. She still does acting, and was most recently in Ragazzi della notte, 2011.