Montreuil was born in Québec City where the family has lived since 1627. After studying law in industry, administration and education, Montreuil competed to be federal Liberal Party candidate in 1984 in Langelier riding, Québec City.

Montreuil transitioned as Micheline in 1986. 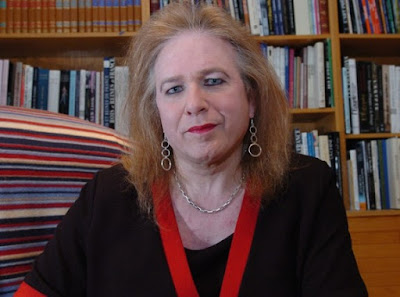 She was a candidate for Québec City council in 1993. From 1997-2002 she fought a legal challenge to the Registrar of Civil Status of Québec which wouldn’t change her legal name, although she had already changed her passport and other federal documentation. Her request to change her name was finally accepted in 2002.

In 1998 she failed to get a job at the National Bank and claimed that this was because of her gender history. The Bank argued that she was ‘overqualified, condescending and self-centered’ but was ruled against by the Canadian Human Rights Tribunal.


In 2003, as a big media event at the Quebec City Palais des Arts, she was married to lawyer and author Michèle Morgan.

In 2007, after many years on New Democrat Party committees she was acclaimed as the NDP candidate for Québec (Langelier, which had been renamed), with the approval of party leader Jack Layton. However she was later dropped, with the reason given that her language in interviews was 'too strong'.

In 2007 she also won a grievance against the Canadian Forces which turned her down as a grievance officer on the grounds that there wasn’t enough work in French. The Canadian Human Rights Tribunal awarded her $40,000.

She has since worked as a lawyer at the Conseil de la justice administrative and teacher of ethics and law at the Université du Québec à Rimouski. She is also a lawyer in private practice.
www.micheline.ca    EN.WIKIPEDIA
Time: 12:01